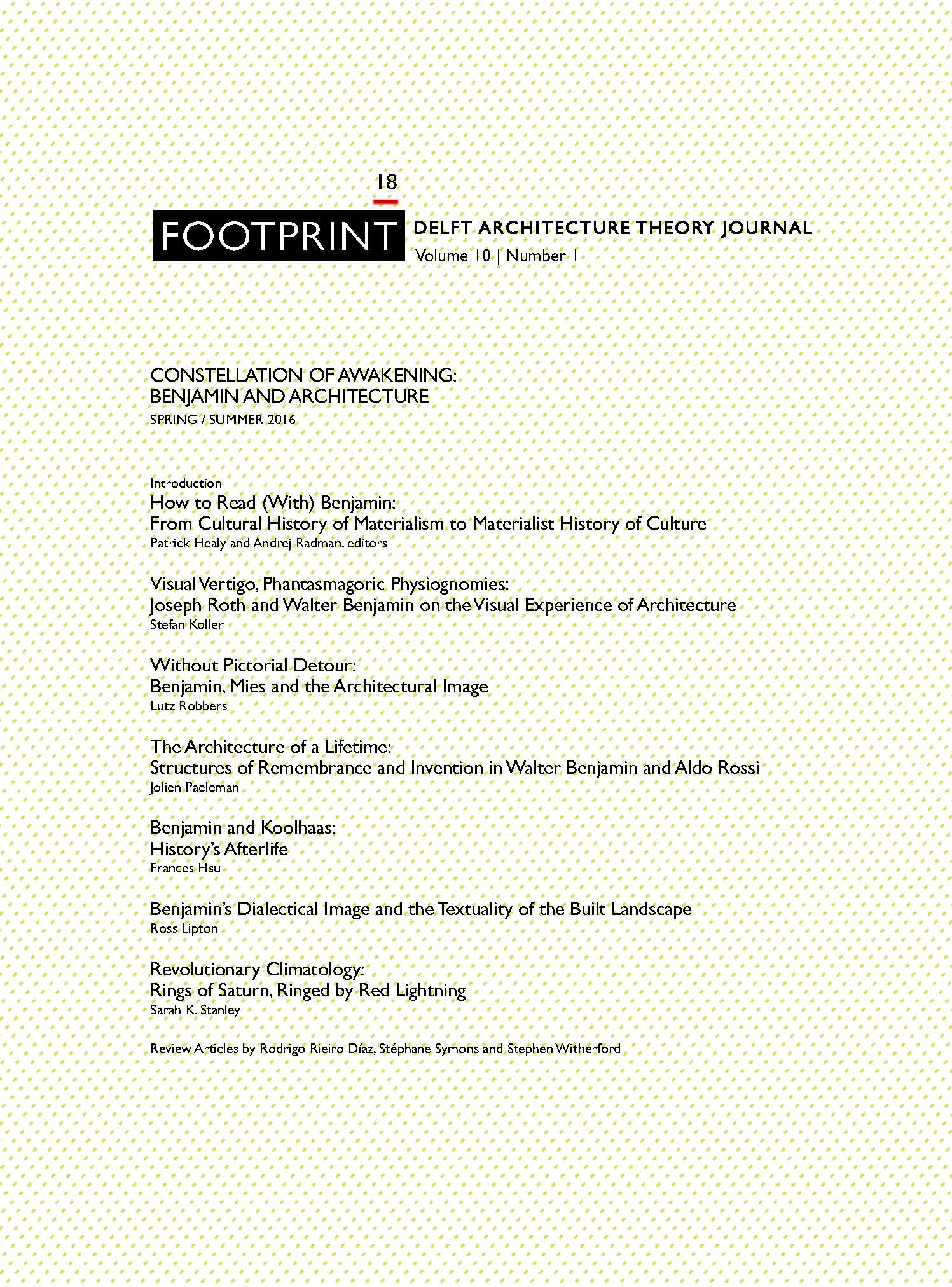 In Das Passagen-Werk Benjamin cites a letter from Marx to Ruge, ‘the reform of consciousness consists solely in [...] the awakening of the world from its dream about itself.’ This idea of awakening recurs in Benjamin’s methodological considerations and his many metaphors during the final thirteen years of his life. Benjamin set himself the pedagogical task of awakening ‘the image-making medium within us, raising it to a stereoscopic and dimensional seeing into the depths of historical shadows.’ His ambition was to develop the art of citing without quotation marks, a concept intimately related to that of montage.

The importance of architectural theory for Benjamin is most evident in his last work. From his writings on Berlin childhood, his essay on Moscow and Naples, Benjamin’s interest in urban topography can be seen to develop into a full analysis of the city, by developing a method which he refers to as physiognomic and in which, inspired by contemporary surrealist practise, the method of montage becomes critical for his showing how the ‘now of recognition’ in the image opens the historical to awareness, and constitutes the reality of history. He cites Giedion and sees his own work as engaged in a similar task: ‘just as Giedion teaches us to read off the basic features of today’s architecture in the buildings erected around 1850,’ Benjamin writes, ‘we in turn would recognise today’s forms, in the life and in the apparently secondary lost forms of that epoch.’

It was a matter of immediate concern for Benjamin to examine the secondary, the excluded. By a displacement of the angle of vision a positive element would emerge, something different from that previously signified. History is in the nuance, the dialectical contrast as revealed in Benjamin’s Parisian studies of the expressive character of the earliest industrial architecture, machines, department stores and advertisements. Nevertheless, as is clear from his note of the comment from Max Raphael’s Proudhon, Marx, Picasso, Benjamin reproaches Marx for not having advanced along this way in the full measure of the possibilities of historical materialism.