Social Housing Organisations in England and The Netherlands: Between the State, Market and Community

Rapid and deep changes in society, the economy and policy over the last decades are having an increasing impact on the delivery of social housing in North Western Europe. These changes are transforming the way in which social housing providers perform their task and are reshaping their relationships with the State, communities and with other market actors. The combination of continued State withdrawal from service provision, the deep and persistent effects of the global financial crisis that begun in 2008 and profound changes in the type of demand for social housing across North Western Europe call for a reflection on the implications of these phenomena for social housing providers. Several studies indicate that social housing providers in Europe have begun to adopt new (social) entrepreneurial strategies and are becoming more innovative as a response to these challenges. These strategies imply tackling the tensions between (at times) conflicting drivers, notably those arising from the State, the market and communities. However, research in this topic so far is fragmented, focussing on one country or on specific sub-areas such as asset management and non- housing activities and rarely connects with the relevant wider literature on the third sector and social enterprise.

Within this context, this PhD research has sought to widen this discussion by providing new insights through a comparative study of the ways in which individual social housing providers are relating to (i.e. responding to and influencing) these contextual changes. More specifically, the research sought to better understand the complex process of decision-making these companies undergo to manage their responses to competing drivers. Companies operating in two countries (England and The Netherlands) were studied in-depth. In both countries, the social rental sector has played a prominent role in their respective welfare states for decades. While both are amongst countries with the highest share of social rental housing in Europe, each represents a different type of welfare state and of social housing provision - following Kemeny’s classification, a unitary system (the Netherlands) and a dualist system (England).

The universe for this PhD research consists of social purpose organisations, not owned by the State, which operate on a non-profit distribution basis. Together they are part of a wide range of ‘third sector’ actors providing social and affordable housing across most of North Western Europe. The PhD adopted a pluralistic epistemological approach with an interpretivist emphasis, with significant use of qualitative research methods. This approach was deemed useful to give a voice to the subject(s) of study. The research design included a mixed methods approach and a longitudinal, international and inter-organisational case study research design, involving two company-cases. The companies were studied over a four-year period, starting in March 2008. The research design and data analysis draws on elements of grounded theory, and on the work of Eisenhardt on ‘building theory from cases’. Following this approach, a series of ‘theoretical propositions’ were devised from the study’s findings in order to answer each of the three research questions.

On our third research question, we found that enacting competing values in social housing organisations implies multiple rationalities at play in decision-making. The PhD research used the study of a critical incident in each company to describe the ways in which competing values are enacted in the decision-making process of these organisations in relation to the three types of contextual drivers. In each case, a critical incident was chosen in conjunction with the companies to be studied over a prolonged period of time. Both incidents turned out to be of regulatory nature (i.e. State-driven); in the English case, it was the Comprehensive spending review (CSR) announced in October 2010 and a series of major welfare reforms implemented by the coalition government. In the Netherlands, the Dutch government ruling on the issue of State aid by housing associations implemented in January 2011. The companies’ responses to these critical incidents, respectively, were operationalised through a ‘strategic decision’ made by each of them vis-à-vis these events, defined as a decision recognised as having significant implications for the structure, direction or purpose of an organisation. The English company defined their strategic decision as the impact on the company’s vision, direction, strategy and financial capacity of the October CSR and the shake-up in the welfare benefit system. More specifically, the company’s bid to the HCA for the four-year development programme in the first half of 2011 formed the basis for the study of this critical incident. The strategic decision of the Dutch company was whether to follow the Dutch government’s ruling on income ceilings or not. Furthermore, the company had to decide how to re-organize its financing in order to comply with the required administrative split between activities classified as ‘Services of General Economic Interest’ (SGEI) and ‘non SGEI’.

The study of these critical incidents looked at the decision-making process from both a formal and content perspective, distinguishing motivator and behaviour variables in the process. In terms of form, we found that different modes of decision-making co-exist in the process. Participants in each company use a variety of ‘political tactics’ to influence the decision-making process. Taken all together, the existence of these tactics confirms the presence of institutional entrepreneurial behaviour amongst company executives taking part in the process. Realizing that these tactics exist is important because it shows the ways in which different participants and their (departmental) agendas try to influence the outcome of the decision. In terms of content, a first proposition established that social housing organisations operate with multiple rationalities; non-rational factors such as politics, intuition and past experience played a key role alongside technical considerations. In our fourth proposition we identified a number of ‘dilemmas of hybridity’ that these organisations have to deal with to stay true to their mission while tackling pressures from different State, market and community. Second, we discussed the ambivalent relationship that social housing providers have with risk. A number of questions were raised on what (if any) risk attitude lies closer to third sector service providers in relation to what is expected from commercial enterprises or even from the State. This is relevant in particular given the more general trend to transfer risk from the State to third sector organisations in service provision overall in European societies. Last, our research found that social housing organisations are consistent with stated core values but are constantly making choices on how to enact these values. While contextual drivers may appear not to affect the mission and values of these social housing organisations, the former do impact on the companies’ strategies and activities. This means that there can be significant gaps between espoused and enacted values.

Policy and practice implications emerging from the findings to all three research questions included: First, we raised the question as to whether the aggregate impact of the regulatory changes at sector level in each country - such as the ones portrayed by the respective critical incidents - would be the convergence of both countries’ housing association sectors in terms of their role and scope. Second, the study coincides with views in both countries pointing to the lack of a ‘single voice’ or unified strategic action fields. In addition, in both cases, although to different extents, the perceived ‘policy confusion’ – namely, the view that government was sending conflicting signals to social housing organisations - raised tensions between the redefined mandate and the organisational missions of the individual companies. Third, findings suggest a trend towards increasing differentiation within the housing association sector in each country as a result of growing tensions between mandate (social housing as a public service obligation as defined by the State) and mission (social housing as ‘core business’ as define by each organisation). Fourth, the question emerges as to whether the identity of a social housing provider operating along the wide spectrum between the two ‘pure’ types is defined by its activities (behaviour variables) or by their organisational form/legal status (descriptor variables). The concept of hybridity proved useful to gauge this complexity, as illustrated in the ‘dilemmas’ companies have to face when making strategic decisions. Fifth, findings showed that community drivers tend to stay constant or change slightly over the long term, except for those resulting from the combined impacts of the economic crisis and the resulting political and regulatory changes. This leads to the recommendation for social housing enterprises to consider longer-term political (and market) trends as well, to anticipate on going (neoliberal) trends and possibly fundamental changes in housing preferences. Sixth, while values tend to stay constant, mission is permanently redefined in relation to pressures from the environment (including changes in mandate) and activities change accordingly. In order to stay true to this identity, social housing providers ought to be able to anticipate conflicting logics and put mechanisms in place to adjust their policies and activities to respond to these challenges while keeping its core values intact.

This PhD has contributed to science both from a theoretical and methodological perspective. Through a series of theoretical propositions, we have added to a developing body of knowledge, specifically on the nature of the relationship between contextual drivers and organisational changes in social housing organisations. Our classification of social enterprise in housing allows comparisons between organisations operating in diverse contexts, which share a similar core task. This can be useful for scientific, political and practical purposes. From a scientific perspective, it can be used as a basis for identifying similarities and differences between social housing organisations within and between countries at a much deeper level than traditional comparisons on the basis of tenure or other formal organisational characteristics. Policy makers can also use this information to understand the factors leading to different types of behaviours by social housing providers. For professionals, this model may be useful to assess to what extent their organisation is being consistent with regards to espoused vs. enacted values. From a societal perspective, findings of this PhD can help us reflect on the future role of social housing in the context of changing social contracts and social cohesion and welfare models in each country. Furthermore, the research helped participating practitioners to reflect about a number of organisational dilemmas they face, as illustrated in our findings. 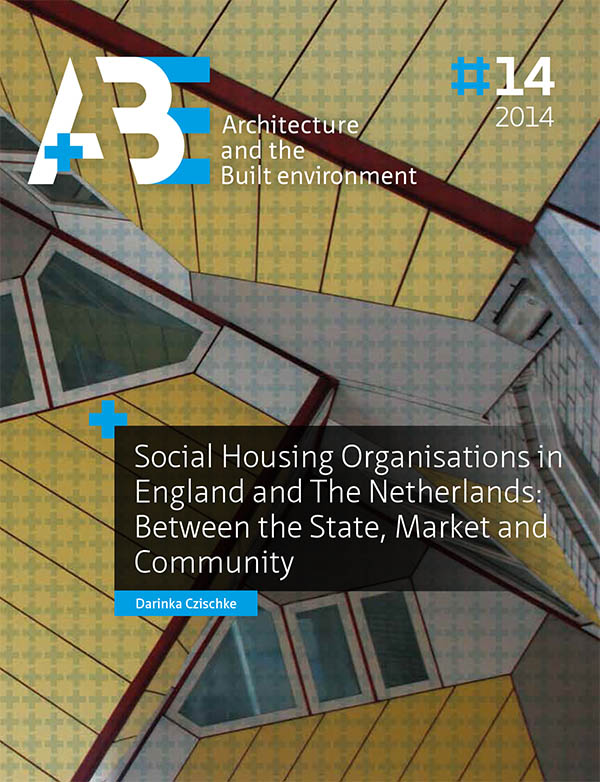