There are two main research questions for this thesis. Firstly, I try to give insight in selective mobility and neighbourhood choice and thus to study where, when and why which people move. What is the effect of personal characteristics, neighbourhood characteristics and macro level housing market developments on individual neighbourhood satisfaction, moving wishes, moving behaviour and neighbourhood selection and on macro level selective mobility patterns and segregation? Secondly, I will test presumed neighbourhood effect mechanisms. Concentration areas of ethnic minorities are seen as undesirable, because their residents are thought to have less contact with the native majority which might hamper their integration and their life chances. It is, however, unclear to what extent social contact is affected by the residential neighbourhood. The second research question therefore asks whether ethnic minorities have less contact with the native majority if they live in minority concentration neighbourhoods.

Segregation is defined as the population composition of neighbourhoods in relation to each other; that is, the concentration or underrepresentation of population groups in neighbourhoods compared to a city or national level average. Selective residential mobility is one of the main driving forces of segregation. Households move to a certain neighbourhood, either because they choose to live there, or because they are constrained in their choice options. Therefore segregation can be both voluntary and involuntary. This thesis focuses on selective residential mobility as cause of segregation, therefore it tries to understand why and where people move.

According to residential mobility theory, personal characteristics determine residential preferences and if the residential situation is not in line with these preferences this will lead to dissatisfaction and a desire to move (Brown and Moore, 1970). Whether a dissatisfied household succeeds in moving to a dwelling and neighbourhood more in line with their preferences, depends on their personal resources and restrictions and macro level opportunities and constraints (Mulder and Hooimeijer, 1999). Successful households will move to a neighbourhood more in line with their preferences. There are, however, differences between households in which neighbourhoods are open to choice. Low income households will only be able to select neighbourhoods in which inexpensive dwellings are available. Similarly, households who depend on the social housing sector, or on the owner-occupied sector will only be able to select neighbourhoods where dwellings of this tenure are available. In addition, there are differences between households in which neighbourhood is (deemed) most attractive. People prefer to live among others who are similar to themselves and also facilities directed towards specific groups will make especially concentration neighbourhoods of the own ethnic or income group attractive. Besides residential preferences, also other factors will affect neighbourhood selection; population groups will differ in access to information on neighbourhood attractiveness or housing opportunities and discrimination, or fear of discrimination, can limit the opportunities of minority groups on the housing market.

It is typically assumed in European and American urban policy and academic research that spatial concentrations of low income households or ethnic minorities have negative effects on their inhabitants (Friedrichs et al., 2003). An enormous body of research has tried to measure neighbourhood effects; the independent effect of a neighbourhood on its residents when controlling for individual characteristics (see for a review Dietz, 2002; Ellen and Turner, 1997; Sharkey and Faber, 2014; Van Ham et al., 2012). The research attention for neighbourhood effects started with the seminal work of Wilson (1987). He argued that living in concentration areas of the jobless lowest class, isolated from role models, mainstream values and norms, and informal job networks and social contacts with employed, has a negative effect on your life chances.

Neighbourhoods can affect their residents via a number of mechanisms (Ellen and Turner, 1997; Erbring and Young, 1979; Galster, 2012). Firstly, the geographical location determines job access and thereby labour market opportunities. Secondly, pollution, noise and disturbance affect health and (thereby) life chances via environmental mechanisms. In addition, neighbourhood stigmatisation can reduce life chances because others have prejudiced ideas and low expectations of the residents of stigmatised neighbourhoods. Also, the quality of institutions such as schools, museums, libraries and sport facilities will generally be lower in disadvantaged neighbourhoods, thereby reducing the life chances of residents. Finally, neighbourhood effects can transpire via social interactions with neighbours. Through collective socialisation and peer pressure people are thought to conform to local social norms (Jencks and Mayer, 1990). Positive role models and social network contacts with individuals with more social capital can help people advance in their work or educational career (Ellen and Turner, 1997). For ethnic minorities it can be important to have social interactions with the native majority to have the opportunity to learn the majority language, standards and values (Lazear, 1999) and to have bridging network ties that can provide access to valuable information not present within the own ethnic network (Buck, 2001).

Ethnic differences in realising desires to leave the neighbourhood

Earlier research has found that ethnic minorities are less likely to leave ethnic minority concentration neighbourhoods (Bolt and Van Kempen, 2010; Pais et al., 2009; South and Crowder, 1998) and poverty neighbourhoods (Bolt and Van Kempen, 2003; Quillian, 2003; South et al., 2005; South and Crowder, 1997). It was, however, unclear whether this was explained by the fact that ethnic minorities less often want to leave these neighbourhoods, or whether they are less successful in leaving these neighbourhoods, also if they have a desire to leave. It is important to understand why there are ethnic differences in mobility patterns. If there are ethnic differences in mobility desires, this might lead to voluntary segregation. However, if certain (ethnic) groups are equally likely to want to leave certain neighbourhoods, but less successful than others in realising this desire, this indicates segregation is involuntary.

In Chapter 5 I study the effect of urban restructuring and new housing development on selective mobility patterns and income segregation. I compare three urban regions in the Netherlands with different patterns of urban restructuring and greenfield development. I use longitudinal register data to study income and income development of people who move to or from various neighbourhood types or to newly built dwellings and the effects of these selective mobility patterns on income segregation.

This thesis finds that segregation is partly voluntary, caused be preferences to live among similar people and partly involuntary, caused by group differences in constraints induced by housing market characteristics or discrimination. To the extent that segregation is voluntary it will be neither possible nor useful to create stable mixed neighbourhoods (Cheshire, 2007). However, involuntary segregation can be, and has to be, addressed by policy-makers. Policies that reduce constraints and increase the options for households to move to a neighbourhood of their preference can reduce involuntary segregation and increase residential satisfaction. These policies, however, do not necessarily lead to more mixed neighbourhoods as people might use their increased freedom of neighbourhood choice to move close to similar people.

Social interactions between people of various ethnic and socio-economic groups are important for emancipation and integration and to prevent segregated and separated worlds that can lead to fear and exclusion. However, as the population composition of the neighbourhood does not necessarily determine with whom people interact, creating mixed neighbourhoods is necessary nor sufficient to promote social integration. Other policy efforts that promote social contacts between various ethnic and socio-economic groups remain necessary.

This thesis finds no neighbourhood effect of the ethnic composition of the residential neighbourhood on whether working age ethnic minorities in the Netherlands have contact with native Dutch people. However, working age people leave their small residential area on a daily basis and within the Netherlands, most high ethnic minority concentration neighbourhoods contain relatively high shares of natives. This level of segregation, on this spatial scale, is found to have no neighbourhood effect on contact. If, however, larger areas would become concentrations of very high shares of deprived households or ethnic minorities, residents will no longer have opportunities to meet and interact with more resourceful people or with the native majority. Therefore, continuing policy attention is needed to prevent high levels of segregation at larger spatial scales. 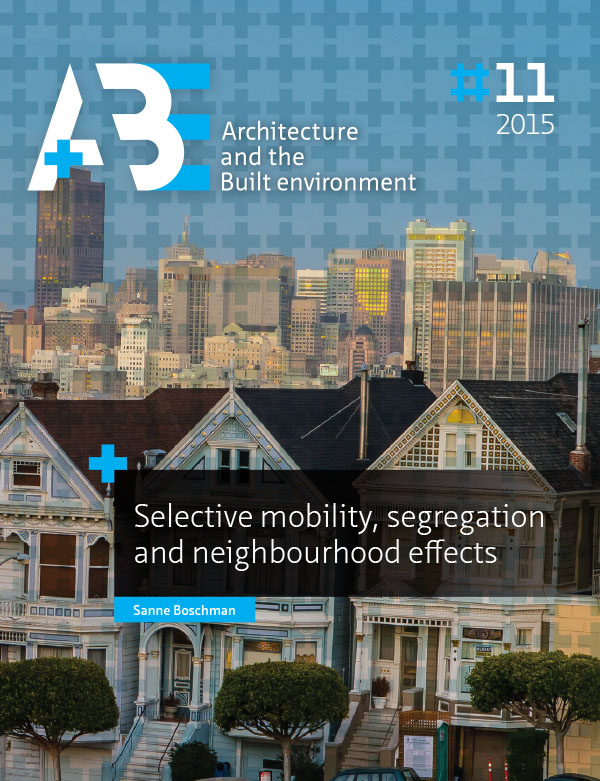