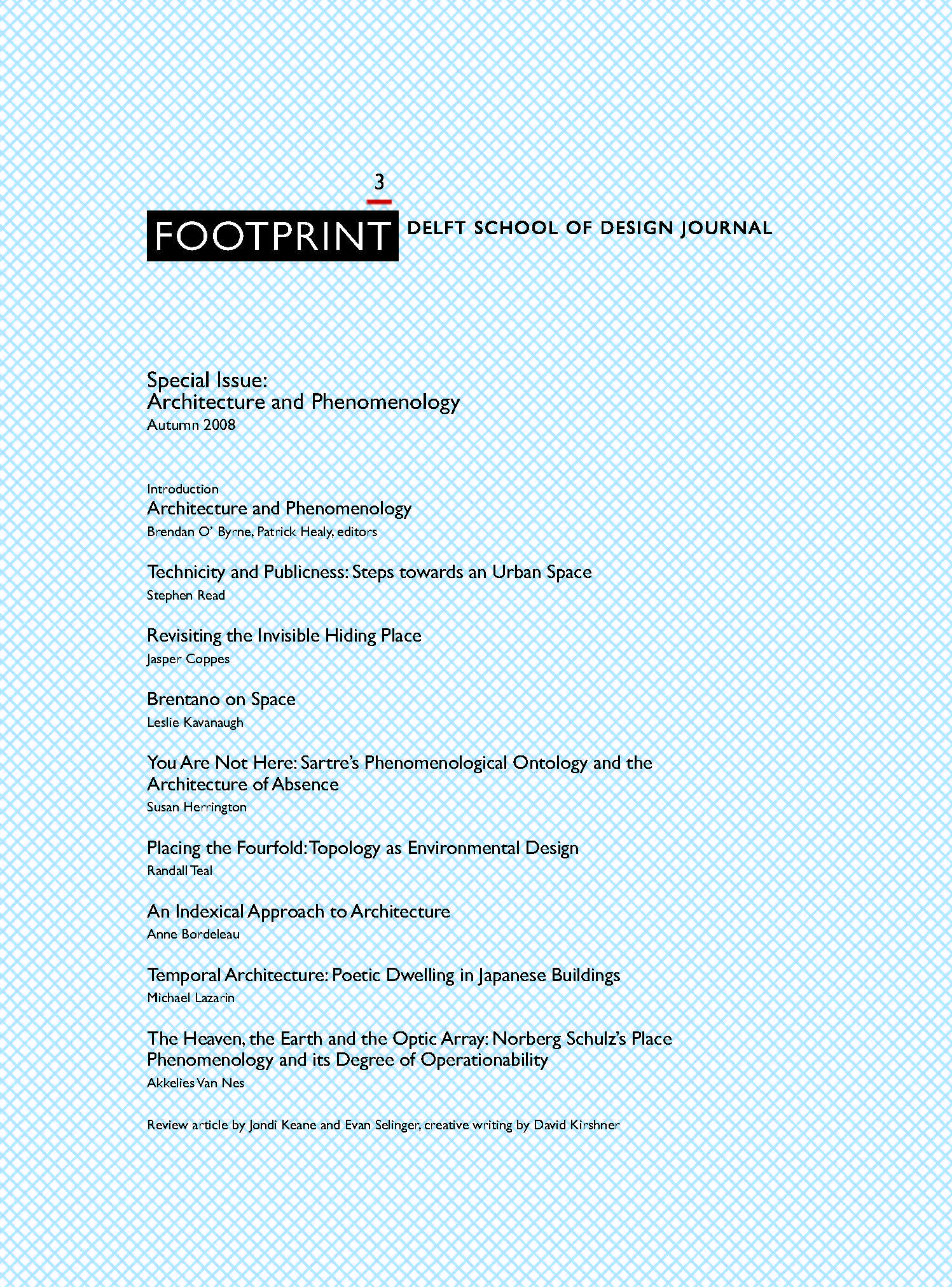 Stephen Read in his paper, written out of a post-phenomenological perspective associated with the work of Don Idhe, provides the basis for a new reading of Heidegger on tools and the relation of the social and the technological. A similar concern can be seen in the paper of David Kirshner, ‘Tools: Stuff: Art’. The discourse about space emerges in architecture only towards the end of the nineteenth century, and Leslie Kavanaugh’s groundbreaking study on Brentano on space provides rich context for this turn in architectural discourse towards ‘space’. Susan Herrington and Anne Bordeleau in different ways look at the problems of constituted meanings for architecture, predominantly within the French phenomenological tradition.

Michael Lazarin and Akkelies van Nes bring forward the deepening and continuing response to the work of Heidegger, through an original and new study of Norberg Schulz, and in Lazarin’s rich considerations of the contexts and sources of poetic dwelling in Japanese buildings. Randall Teal furthers the interest in the study of topology, of such concern to Hubert Dreyfus and Jeff Malpas, in the reading of the late work of Heidegger. Working as an artist and sculptor Jasper Coppes has contributed a meditative and detailed response to phenomenological ideas around place, which is of some significance for thinking about the problem of ‘domain’ in architecture. Keane and Selinger look at the work of Arakawa and Gins to demonstrate the fruitfulness of phenomenology for artistic practice and new concepts of the production of space.