This paper will explore contemporary practices of urban commoning while attempting to construct a theoretical argument on the inherently emancipating potentialities of common space. Urban commoning will be considered as a set of spatial practices through which space is created both as a good to be shared and as a medium that can give form to institutions of sharing. In order for commoning to remain an open process that continuously expands without being contained in any form of enclosure, it has to invite newcomers. Shared spaces, open to newcomers, are spaces defined neither by a prevailing authority that supervises their use, nor by a closed community that controls them by excluding all ‘outsiders’. Common spaces are thus dependent upon their power to communicate and connect rather than separate. Common spaces are threshold spaces, connecting and comparing adjacent areas at the same time. In practices of common space creation, commoners create areas of encounter and collective self-management. Rules of use are also of a threshold character, constantly in the making. Likewise, subjects of use are threshold subjects: for commoning to remain open and ever expanding, commoners have to consider themselves open to transformative negotiations with newcomers.

This paper will thus attempt to understand urban commoning as a multifaceted process which produces spaces, subjects of use (inhabitants) and rules of use (institutions) that share the same qualitative characteristics. In such a prospect, urban commoning can prefigure forms of social relations based on sharing, cooperation and solidarity. In this way, space becomes not simply a common product but also the means through which egalitarian social relations can potentially be shaped.

Dr. Stavros Stavrides is associate professor at the School of Architecture, National Technical University of Athens, Greece, where he teaches a graduate course on social housing and a postgraduate course on the meaning of the metropolitan experience. He has published five books (as well as numerous articles) on spatial theory: 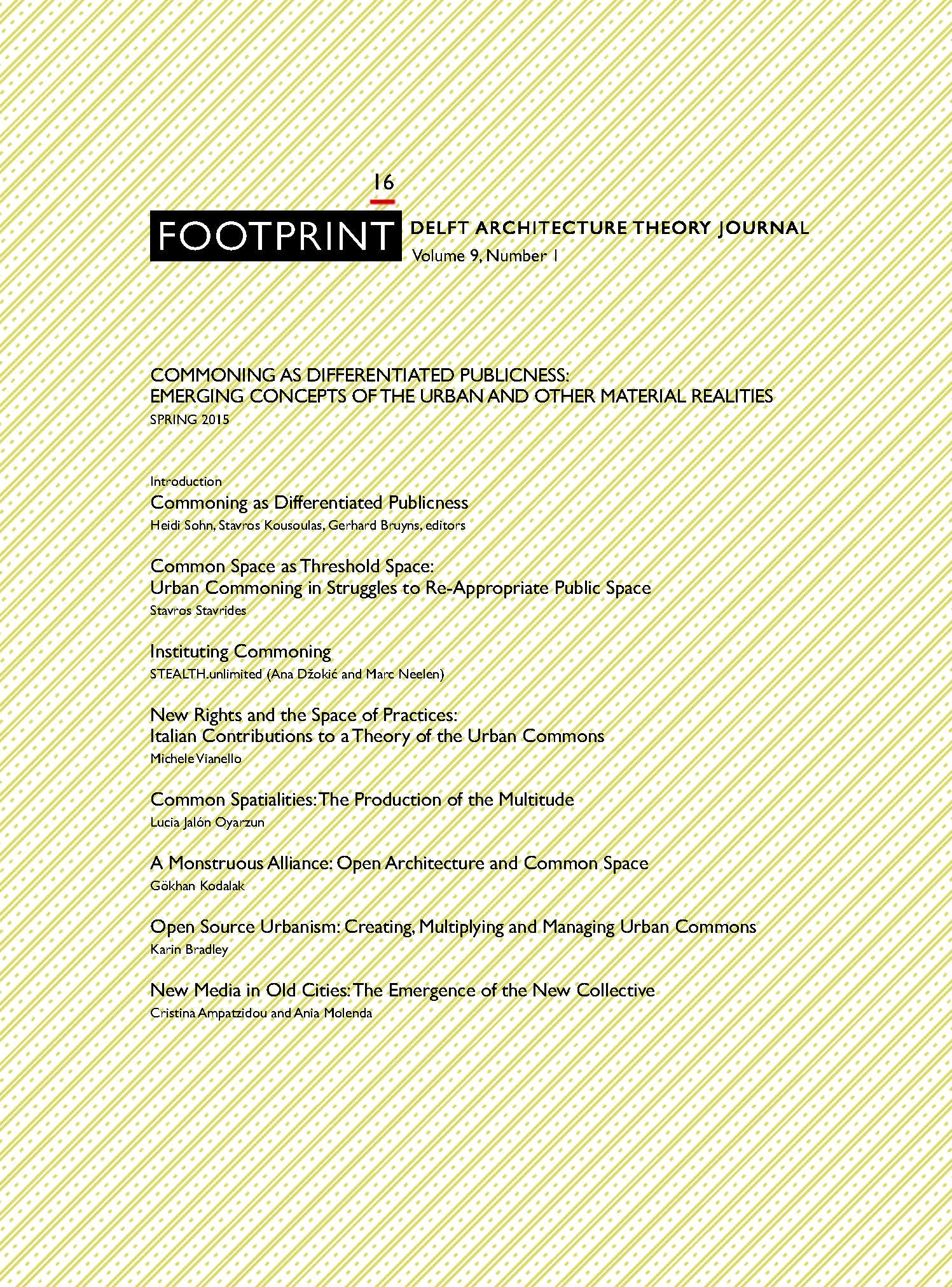