Many suburbs of former Eastern Bloc cities still look like concrete jungles, built during the decades of Soviet reign in which the post-war housing shortage was addressed on a large scale. There is no place with a higher concentration of these structures in the former Soviet Bloc than in both countries in the area formerly known as Czechoslovakia. The prefabricated residential blocks, locally known as paneláky – a word that means ‘panel houses’ in both Czech and Slovak – still, decades after the fall of the Iron Curtain, determine the DNA of the cities in many ways. This is also the case in Rimavská Sobota.

Now, with the arrival of the market economy, new ideas about architecture and urbanism are arising. The most obvious way to realize those new concepts seems to be the radical demolition of socialist residential blocks. From an economic and sustainable point of view, however, that solution is far from ideal. After all, from the perspective of sustainable urban development, it is much smarter to reuse existing buildings for as long as possible. gutgut architects design shows that this can also be an interesting architectural alternative. 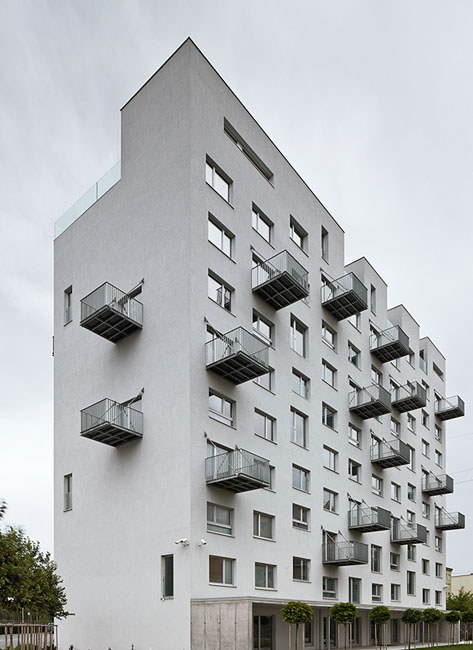