Not many housing types have become part of the architectural heritage of a country to the extent that the Amsterdam merchant’s house did in the Netherlands. The type is inextricably bound up with the famous Grachtengordel (Canal District) to which it owes its existence and of which it determines the character. At the same time, more than four centuries of occupation and renovation have demonstrated that the type, implemented uniquely in each separate dwelling, can absorb big changes in use and residential preferences without losing its appeal. The conversion of Herengracht 249 in 2010 is merely a recent example of the continued incremental transformation that has kept the Grachtengordel habitable since the beginning of the seventeenth century.

The creation of this western part of the district was part of the so-called Derde Uitleg (third expansion), the expansion plan for Amsterdam that comprised widening an already existing small canal behind the Singel into the Heeregracht and deepening Keizers- and Prinsengracht from Brouwersgracht to about the current Leidsegracht. The land between the canals was issued in deep, narrow plots to fit in as many dwellings as possible. Well-to-do citizens of Amsterdam had their homes built here, designed by architects such as Hendrick de Keyser, Jacob van Campen, Philippe Vingboons and many less-familiar names. 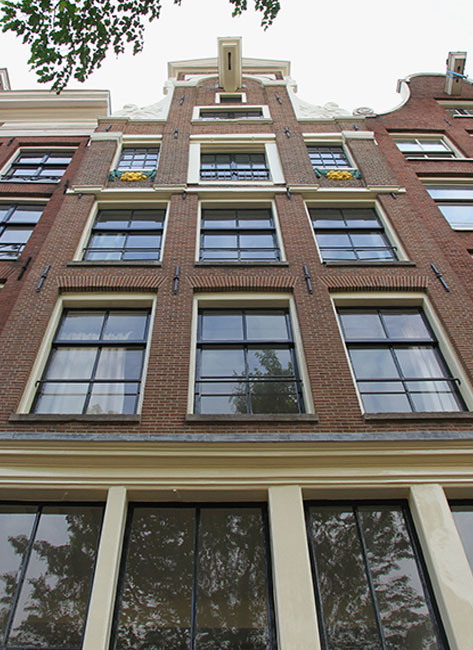