The idea behind the project Een Blok Stad (A Block of City) was conceived ten years ago when a nineteenth-century city block located between the Zwaerdecroonstraat and the Snellinckstraat that was owned by housing association Woonstad Rotterdam was nominated to be demolished. The residents of the block vehemently opposed the housing association’s new construction plans and succeeded in turning the tide. The buildings were in a poor state: there were severe foundation problems, fungi grew from floors and beams and there were even trees growing in the dwellings that had been unoccupied for some time. Because the low rental income the block generated made a thorough renovation financially unappealing, Woonstad Rotterdam decided to sell the block to developer and builder ERA Contour. 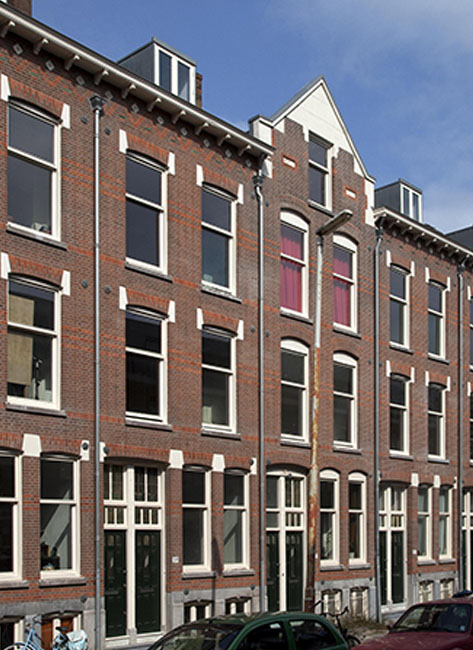