Since the radical renovation of the eighteenth-century Melbourne house on Piccadilly (London) into flats for single gentlemen in 1802, the complex, renamed Albany, has had a special reputation. It is an exclusive, desirable and, at the same time, somewhat infamous enclave in the heart of London, with a long list of famous inhabitants from the world of politics and culture.

Melbourne House was designed and built by William Chambers for Lord Melbourne from 1771 to 1775. Owing to financial problems, the owner sold the house to the Duke of York in 1792, who in turn had to do the same in 1800. Couts, the banker that granted the mortgage on the house, went looking for a new, more profitable venture with builder and developer Copland. After earlier plans to build a new cross street with mansions on the building lot between Piccadilly and Vigo Street, or to redevelop the existing house to serve as a hotel, a plan was made with architect Henry Holland to realize an apartment complex.

Dick van Gameren  is dean and full professor at the Faculty of Architecture and the Built Environment of Delft University of Technology, and partner at Mecanoo architecten in Delft, the Netherlands. Combining his work as an architect with a professorship, Van Gameren maintains a critical approach to design by lecturing, researching and publishing. In 2007, Van Gameren won the prestigious Aga Kahn Award for the design of the Dutch Embassy in Ethiopia. In 2008, Van Gameren founded the book series DASH (Delft Architectural Studies on Housing) and is since then editor in chief. At TU Delft. He leads the Global Housing Study Centre and is also board member of the Archiprix foundation, of the Jaap Bakema Study Centre in Rotterdam and of the Amsterdam based AMS Institute. He is also a member of the TU Delft Global Initiative Steering Committee 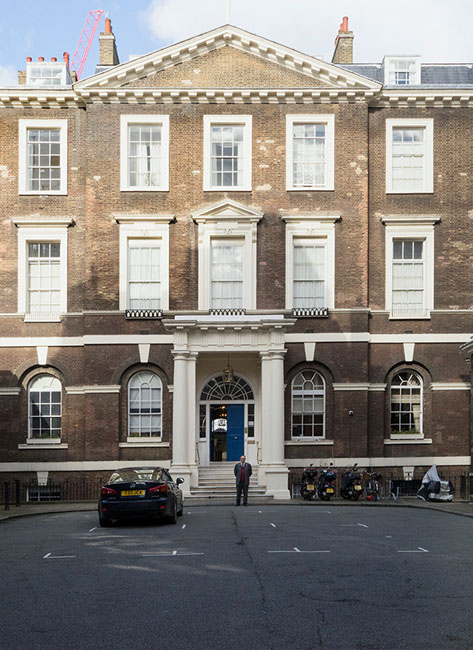