In the year 305, Gaius Aurelius Valerius Diocletian stood down as the emperor of the Roman Empire of his own free will – unheard of in ancient times – to retire to his recently completed residence on the Adriatic coast, near the fishing village of Asphalatos in present-day Croatia. During his 20-year reign, he implemented some major strategic innovations including economic and military reorganizations and the separation of the Roman Empire into a western and an eastern part, with two equivalent emperors (Augusti) and two successors (Caesars) sharing power: the so-called tetrarchy. From his byzantine capital Nicomedia (currently Izmit in Turkey) he had been overseeing the construction of his palace: strategically located between the two empires, protected by a mountain range and an ocean, and not far from his presumptive place of birth Salona.

One of the so-called Illyrian emperors, Diocletian had not been appointed emperor by the Roman senate but, following the death of his predecessor in 284, unanimously elected by the Eastern Armies he as commander of the protectores domestici led into triumph during the Persian war. In the palace he built from 295 to 305 for the years after his announced resignation, the bonds between the emperor and his soldiers are expressed by the unusual combination of luxurious residence and army camp. 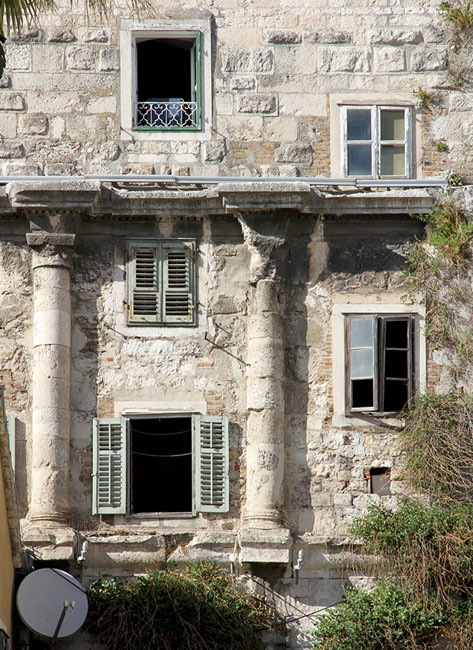