In the late 1920s, Italian architecture was still operating within the boundaries of academic thinking, and clung to neoclassicism and a decorative style concept, whereas in the surrounding world, the Modern Movement was already in full swing. Among the first young people to oppose this conservative Italian academic culture were Luigi Figini (1903-1984) and Gino Pollini (1903-1991). Both were founders of GRUPPO 7; their four-part manifesto (1926- 1927) provided the basis for the Italian Razionalismo. Together, they began a design practice in Milan in 1929; from 1930, they were also active CIAM members.

The character of the Biennale (from 1930: Triennial) for decorative and applied arts, first held in Monza (1923), was rapidly changing from a regional showcase to an important Italian exhibition of progressive designs. In the framework of the 6th Triennial in Milan, in 1936, Figini and Pollini furnished their ambiente di soggiorno e terrazzo. This setting combined elements of the new (rational and functional) architecture with other elements, taken from a tradition that had been preserved over the centuries, and presented them as part of a whole that spanned all the ages. Greenery was of fundamental importance here, and was represented in the built urban environment by roofs above gardens, planters and open patios, which would enrich the lives of modern city dwellers. 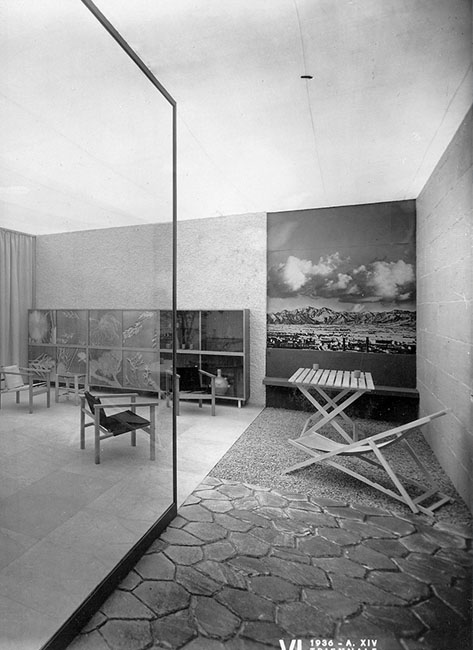