The project documentation for this eleventh edition of DASH shows 15 style rooms that cover a time span of more than 100 years. These home interiors, which were never inhabited, were explicitly designed to illustrate a contemporary or futuristic form of dwelling at exhibitions and fairs. This distinguishes them from the traditional style rooms or period rooms in museums that depict a historic domestic style. The interiors shown here demonstrate how certain themes from the past 100 years continue to play a role in the debate on architecture, design and dwelling.

In selecting the style rooms, an attempt was made to find a certain variation in design philosophies, without striving for completeness. The rooms from the first decade of the twentieth century made by Peter Behrens and Hendrik Petrus Berlage for Wertheim, the department store in Berlin, show two different approaches: the Gesamtkunstwerk and the composed interior. The home furnishing of Behrens became well known and was reconstructed in Darmstadt, whereas Berlage’s room has been forgotten. The three exhibited interiors from the 1920s illustrate the great importance that architects from this period gave to the phenomenon of ‘dwelling’, as well as the important position that housing exhibitions (and the interiors they featured) played in a debate about space, materials, standardization and domestic culture. Noteworthy of the two interiors documented here by the great Modern masters Ludwig Mies van der Rohe and Le Corbusier is the essential role of two women, respectively Lilly Reich and Charlotte Perriand, whose names have remained somewhat in the shadows until recently. In comparison to these two installations, the furniture arrangement of Heinrich Tessenow shows a completely different approach: here, a link was sought to the conventions of a natural domestic culture. In their 1930 installation for the Triennale di Milano, Luigi Figini and Gino Pollini took an intermediary position between Mies and Tessenow: in a spatial arrangement that was clearly indebted to Mies, they placed furniture as ready-mades, referring to traditions from the Italian countryside. From the same period, we also included a furniture arrangement by Josef Frank for Svenskt Tenn, which was exhibited with great commercial success at the World’s Fair in New York: the home interior had become a global market. 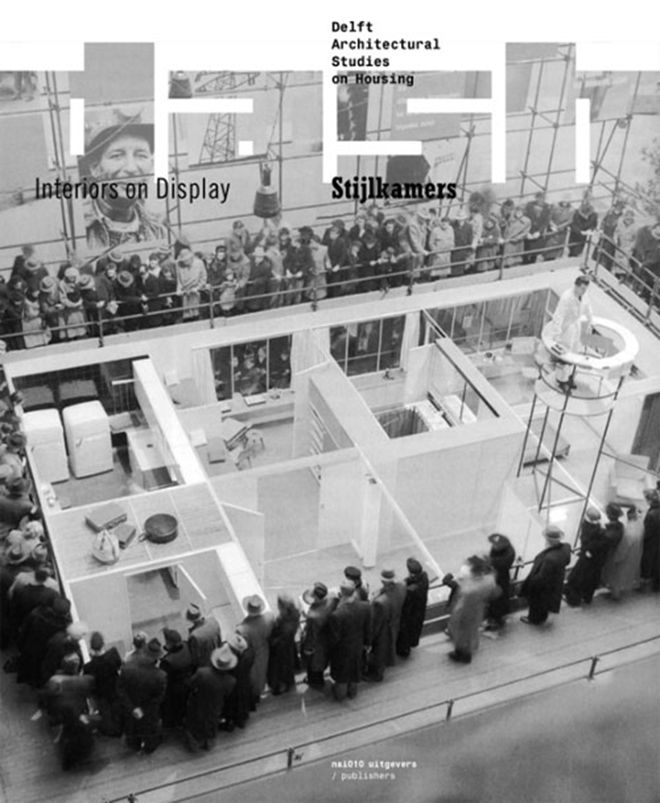