Renowned architect Giovanni Michelucci and art critic Laura Vinca Masini were the two principle curators for ‘La Casa Abitata’ (the Inhabited House), the 1965 Florentine biennale on interior architecture and design that introduced a set of walk-through room installations inside Palazzo Strozzi. The all but forgotten Florentine exhibition brought together some of Italy’s most noteworthy architects and designers to showcase new and creative visions for the contemporary domestic environment. In a feature article on the exhibition published in Domus, the editors lamented the fact that this kind of research of the home by such an esteemed group of architects and designers had not originated in Milan at the Triennale.

While Vinca Masini stressed in her catalogue introduction that there was a complete lack of consensus among the selected participants, her premise was to raise ‘awareness of the inability of contemporary homes to perform an exact function, conditioned by the market, the general building situation and the crisis of our cities, dominated by an increasingly anonymous building program that is ever more confined by the immediate needs of the masses.’ She went on to stress: ‘It seems clear that the average person can save himself only by rediscovering his own measure, by recovering his freedom, where the conditioning, incommunicability and inurement provoked by propaganda and advertising, imposed by all means by all the means of the “culture of affluence”, can be brought down to size and re-established within the limits of their meaning through an individual thought process.’ With this exhibition, Vinca Masini wanted to show that it was possible for man to gain a real freedom of lifestyle.

Peter Lang is professor in Architectural Theory and History at the Royal Institute of Art, Stockholm, where he conducts post-graduate and pre-doctorate research courses in architecture, design and multimedia communications. Lang holds a Bachelor in Architecture from Syracuse University and earned a PhD in Italian history and urbanism at New York University in 2000. He is a Fulbright recipient in Italian studies. Lang works on the history and theory of post-war Italian architecture and design, with a focus on sixties Italian experimental design, media and environments. Lang has written and curated a number of projects on the Italian Radical Design and Architecture movement, most recently in 2016 “the Mondial Festival” in Mashup: the Birth of Modern Culture” at Vancouver Art Gallery Museum. 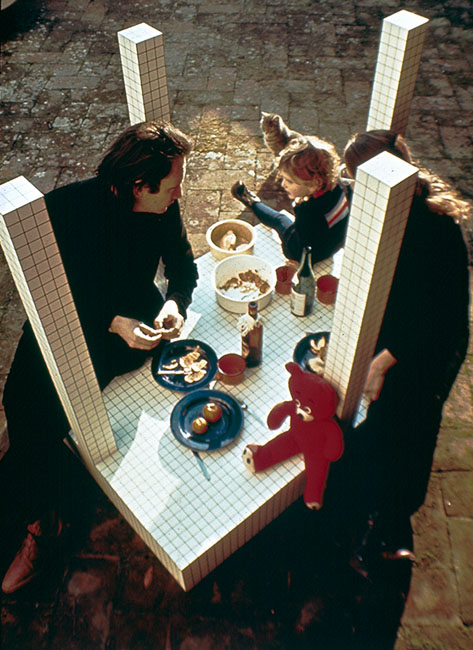