Student days, Granpré Molière contended in his first Nijmegen urban design in 1949, represent a vulnerable transitional phase between one’s family and the whole of society. At Hoogeveldt, architect Piet Tauber wanted to prevent students from being swallowed up in a nameless crowd. In spite of the large number of rooms (1,024), Hoogeveldt distinguishes itself from other student residences by its human scale. The ensemble was built adjacent to the Dominican ‘Albertinum’ priory (H.J.A. Bijlard and K. van Geyn [Eduard Cuypers office], 1930-1932) and is bordered by the recessed tracks of the Nijmegen-Venlo railroad and Heyendaalseweg, which connects the Heyendaal university campus with the city centre. When the friars went in search of an architect who would represent their interests in the urban design changes the city council wanted to implement around their estate, Piet Tauber was, as he himself put it, ‘deliberating with the prior-provincial a few days later’. 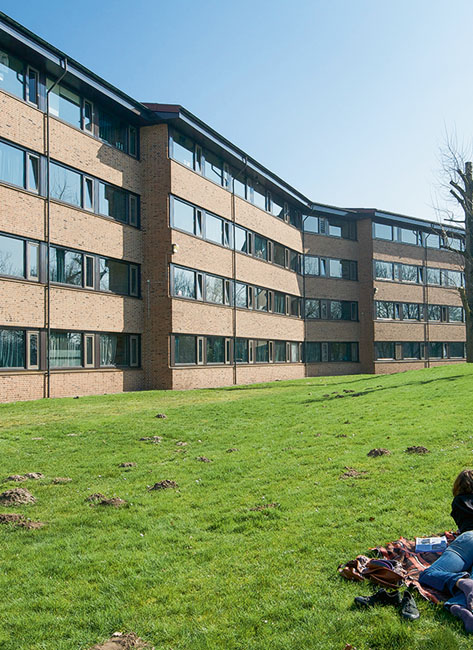