Maison de l’Iran was the last student residence to be built within the park-like setting of the Cité Internationale Universitaire in Paris, where various countries constructed pavilions between 1925 and 1968 to accommodate their own students. The most well-known pavilions are those from Switzerland and Brazil (both by Le Corbusier) and the Netherlands (Dudok). In the early 1960s, when the design by the original architects of the Maison de l’Iran, Moshen Foroughi and Heydar Ghiaï-Chamlou, was not approved by the city council, the architects turned to André Bloc, the influential founder of the magazine l’Architecture d’Aujourd’hui, for help. Bloc put them in contact with Claude Parent, who at that time was busy realizing a villa for him in Cape d’Antibes. Parent seized this opportunity to realize a prestigious project in Paris with both hands. In turn, Parent’s design only managed to overcome the bureaucratic hurdles after the Shah of Iran announced that he wished to be present at the start of construction during his state visit in 1966. After delivery in 1969, Maison de l’Iran quickly became a stronghold of resistance to the Iranian regime, which subsequently withdrew: in 1972 the Fondation Avicenne was housed here, a foundation that also facilitates researchers and students of other nationalities.

Jurjen Zeinstra (1961) studied at the Faculty of Architecture TU Delft. Together with Mikel van Gelderen he founded Zeinstra van Gelderen architecten. In cooperation with Ira Koers they realized projects like the Tumble House (1998) and housing in Almere (2000) and IJburg (2006) and with Mark Pimlott restaurant Puck Pip in Den Haag (2007). Jurjen Zeinstra works as an acting associate professor of Architectural Design / Interiors TU Delft and has been an editor of both OASE and Forum and lectured at different Academies of Architecture. 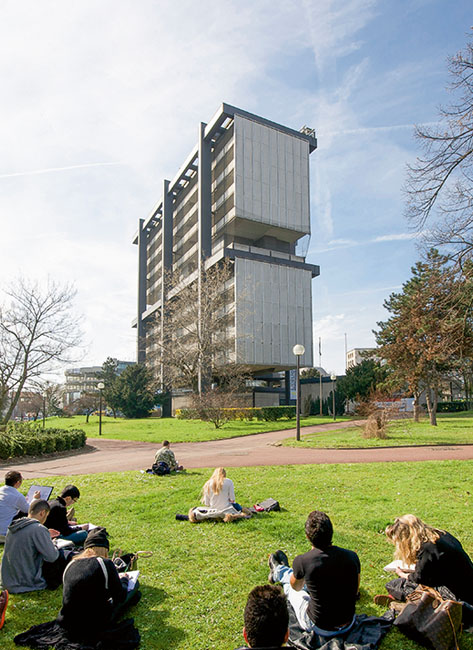