It’s no surprise that Corbu would emphatically praise the monastic virtues – those associated with the well-known English college model – of a student residence such as the one built in Madrid between 1913 and 1918. Not for nothing had the committed first director of the Residencia, Alberto Jiménez Fraud, visited England in order to study the tutorial model between 1907 and 1909, and one of its tutors, Alfonso Reyes, would refer to the new complex as ‘Oxford and Cambridge in Madrid’. But appearances, as well as declarations, may in this case be deceiving. Planned by architect Antonio Flórez Urdapilleta and later completed by Francisco Javier de Luque, the Residencia de Estudiantes, if undoubtedly sharing grounds with the concept of the English college, also embodied a larger number of features in frank opposition to the latter.

First and foremost, its pedagogical approach: the Institución Libre de Enseñanza (Free Institute of Education; ILE), which inspired the project, considered direct and personal experience of real life as the main source of knowledge, and architectural enclosure as a temporary and secondary stage in the learning process. One of the programmatic texts of the ILE made it clear, asserting that the pedagogical function of closed rooms ‘is analogous to the cabinet of the astronomer or engineer, archaeologist, historian, architect or politician: most of the data are not gathered inside these places, but outdoors, in the museum, in front of the monument, in society, in the archives . . . to sum up, in the midst of the open, varied and inexhaustible reality . . . Life is the first school, and the institution that bears such a high name should, within its limitations, get as close as possible to it’. 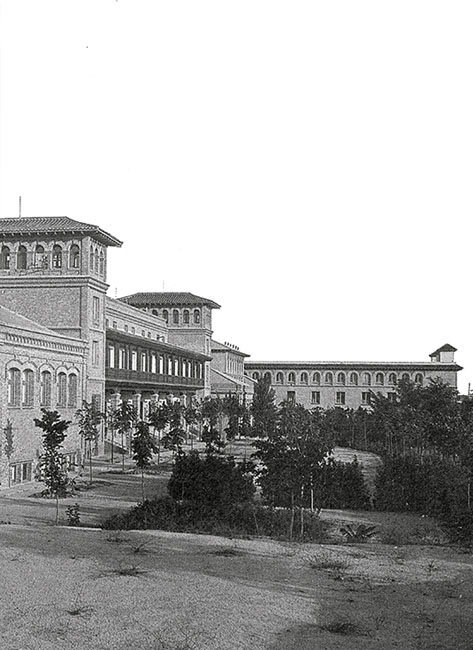