Finding Form for a Free Spirit

Despite the economic crisis, the past few years have seen a surprising increase in the construction of new student housing in the Netherlands. This has been prompted, first and foremost, by demand from the National Campaign for Student Housing, which wants to realize 16,000 new living units for students in the period 2011-2016.1 And as a result of the ongoing internationalization of higher education, universities are competing to attract the best students and researchers with high-quality facilities and attractive housing. Finally, the crisis has stopped construction work in many other areas, so that even parties that were not previously involved are now turning towards the still lucrative market for student housing.

The completed developments look nice on the outside, with attention to material and detail – a huge departure from the often grey, concrete hulks built to combat the student housing shortage in the 1970s. The material luxury inside is equally conspicuous: instead of simple bedrooms with shared facilities, most of the units are independently equipped with individual kitchens, bathrooms and toilets. This ties in with the internationalization, with demand (and a corresponding budget) for independent and often furnished units. That these are also within most Dutch student budgets is facilitated by the system of housing allowance that subsidizes independent, but not shared accommodation. In short: by building more expensive accommodation more money can be made while students get more ‘luxury’. 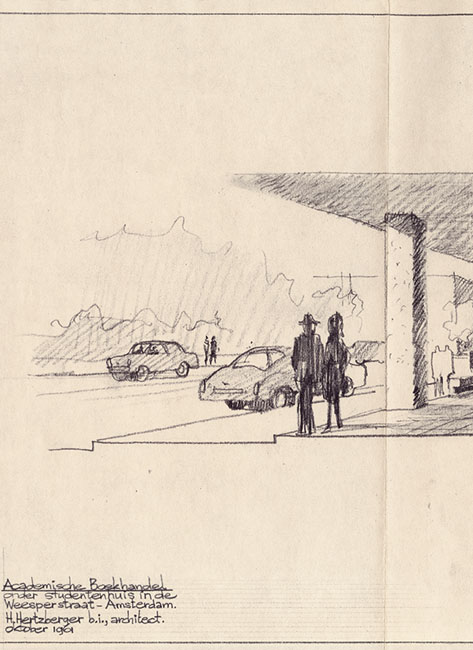