An Exploration of Personal Space

The student room has developed from a ‘cell’ (in cloisters, prisons, hospitals and hospices) into a fully equipped ‘hotel room’ with its own bathroom. This essay explores the development of the student room from the perspective of the personal space of the smallest living unit, based on a series of emblematic projects in Europe and the USA that have been realized over the past 100 years. What does the shell of the student’s personal space consist of? Is that personal space shared with a roommate? And how does the student relate socially to other students in the hallway, in the accommodation building, in the dorm? In typological terms, the spatial material of student housing is simply organized in the building plan as a series of cells, rooms or units along a corridor that connects them to each other. Usually the rooms are located on both sides of the corridor in order to optimize the organization of the geometrically arranged floor plan. The bulk of the residential programme is supplemented by larger, collective spaces that deviate from this pattern. This design can be traced back to the functional organization of the cloister. 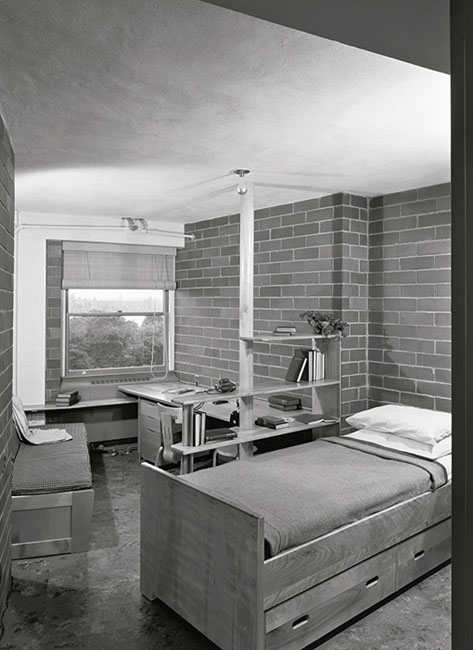