In 1979, 23 years after the realization of the Interbau exhibition in Berlin’s Hansaviertel district, the initiative was taken to organize a new, large-scale building exhibition in Berlin. When the exhibition officially ended in 1987, a large number of projects had been built, but together these amounted to only half of the construction plans. The original theme – the city as a place of residence (Der Stadt als Wohnort) – was eventually developed in two separate parts: new urban construction (under the title ‘Kritische Rekonstruktion der Stadt’) and urban renewal (‘Behutsame Stadterneuerung’). Together, both groups of projects formed a manifesto against the urban development in post-war Berlin, which was characterized by large-scale projects, prefabrication and the ignoring of existing structures and buildings. In the introduction to the official project overview from 1987, Josef Paul Kleihues, who was in charge of the section relating to new construction, talked about a dialogue between modernity and tradition that was meant to lead to the so-called ‘critical reconstruction’ of the city.

For the new construction part of the IBA, various sections of Berlin were considered. A disused harbour near Tegel was transformed into a new residential area. The master plan for this project was designed by Charles Moore. Projects by Tigerman, Hejduk and Stern formed a kind of catalogue of postmodernism, which was advancing from the USA to Europe. In the Südliches Tiergarten district, a previously unprecedented typological variation in terms of Berlin housing was realized. The new building on the Rauchstrasse, with its detached urban villas based on a master plan designed by Rob Krier, inspired similar projects around the world. 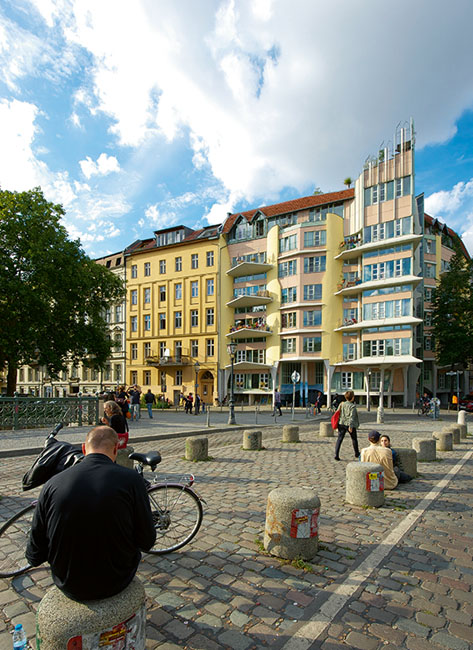