In 1930 the echoes of the 1927 Weissenhof exhibition were received at the fourth edition of the triennial of Monza. The architecture section went beyond the traditional exhibition of architectural drawings and models to build full-scale prototypes on the theme of the ‘modern house’. In 1933, the fifth triennial moved from Monza to Milan where Gio Ponti, director of the architecture exhibition, promoted ‘housing culture’ in order to highlight the role of modern architecture in the construction of a new society. At the sixth triennial (1936), Giuseppe Pagano explored the Fascist rhetoric of pauperization to advance an in-depth research on the rationalization of housing design, which he himself emphasized with his study of the ‘functionalism of the rural house’.

Meanwhile, serial production and standardization gained currency, and one-off, exceptional cases, such as the bourgeois house, were downplayed. In the seventh triennial, held in 1940 – with the Second World War already in progress – the architecture exhibition explored the dichotomy between industrialization and craftsmanship. Due to the war, the productive outcome of this debate would have to be postponed. It was eventually resumed in 1945 when Milan was a wrecked city, with 56 per cent of the houses destroyed by bombings and one-fifth of the population homeless. 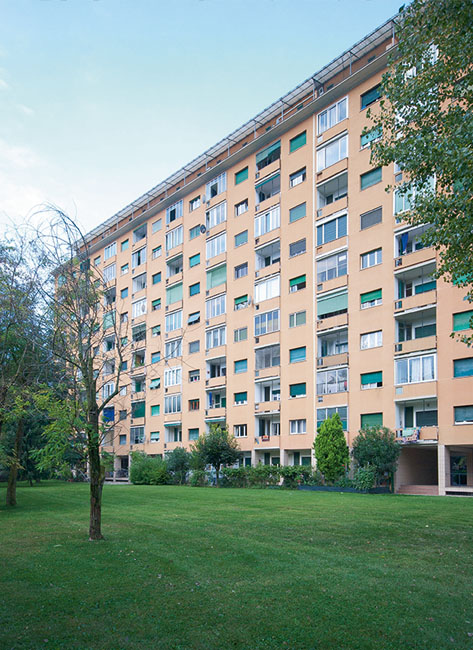