Exhibitions at a Turning Point

Often, it is only possible in retrospect to determine whether a particular period or event was a turning point in history. In the conventional historical account of public housing in the Netherlands, the introduction of the National Housing Act in 1902, the Second World War and the end of the post-war reconstruction in the second half of the 1960s are all considered pivotal events. In each of these cases, external incidents were the driving force behind radical accent shifts in policy, in the relationships between people involved and in particular in their orientation towards ambitions, in tasks and working methods. In housebuilding practice, turning points are also often reflected in new design principles emerging for houses and neighbourhoods. This makes the housing stock an easy-to-understand source of information about the societal, economic and sociocultural circumstances in which houses and residential districts came into being. In the 1980s a climate of reorientation in housing policy emerged, with radical consequences for the practice of house-building. As a result of political debate about the future of the housing market, the role of government and the development of housing associations, a new course was set and experiments were carried out in which new opportunities were explored. In this article, I will describe the outdoor exhibitions of the NWR-BouwRAI in 1990 and 1992 with the Muziekwijk and the Filmwijk, two neighbourhoods in Almere, which were much-discussed at the time, as a prelude to a reassessment of the appearance of houses and a reorientation on the then-standard design principles for dwelling floor plans. This architectural revival is perfectly understandable in the context of the policy changes deployed as a response to changing societal and political circumstances.

Noud de Vreeze is the city architect of the municipality of Amersfoort. After his architecture studies at TU Delft, he worked for various organizations in social housing and local urban development, and as editor of the magazine Archis and board member of Europan. As a guest lecturer he was affiliated with the Academies of Architecture in Rotterdam and Amsterdam, the University of Amsterdam, Trinity College in Dublin, New York University and Massachussets Institute of Technology (MIT). De Vreeze was the first director of the Netherlands Architecture Fund and director of the Welstandszorg Noord-Holland foundation. He obtained his PhD on a study of the qualitative foundations of social housing in the Netherlands 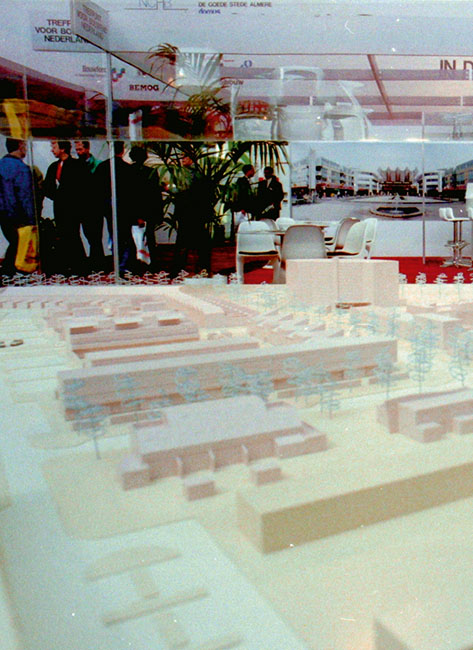