Collective Private Commissioning in the Netherlands

In a recently broadcast episode of current affairs programme De slag om Nederland (The battle for the Netherlands), architect Pi de Bruijn credited the successful rebuilding of the Roombeek neighbourhood in Enschede to the fact that no project developers had been involved. Instead, the homes had come about through private and collective commissioning. In the architect’s view, this method of development had produced an attractive and thriving neighbourhood, which has since become a tourist destination. In other parts of the country too, local governments are now trying to promote the practice of private commissioning. Housing production has fallen dramatically, while sites that were purchased for large sums of money and are ready for building are still awaiting construction plans. Developers and housing associations are bailing out, thus clearing the way for private initiatives, whether individual or collective.

Whether or not this indicates a definitive shift in the Dutch housing market is impossible to say at this point in time. But what we can do is try to assess whether the increase in private initiatives is resulting in the construction of diff erent types of dwellings. Of particular interest here is the practice of collective commissioning, in which the balance between individual requirements and collective interests seems to offer a new principle for housing design. 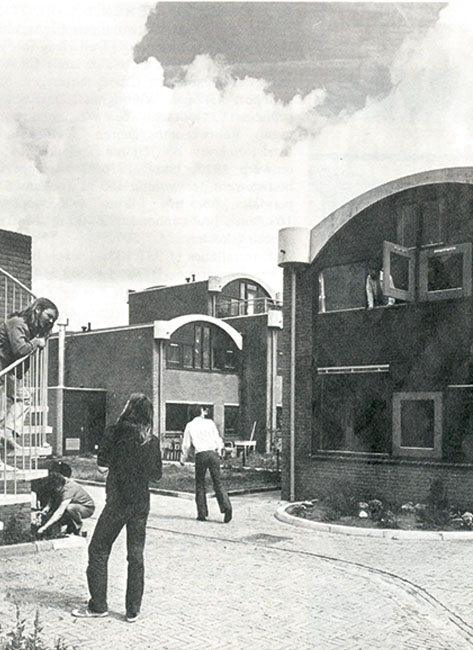