The project WindSong Cohousing, in a suburb of the town of Langley in the Canadian province of British Columbia, will remind many people of communes from the 1970s. The residents of WindSong collectively work in the vegetable garden, often cook together, are intensely occupied with personal growth and spend at least three hours a month doing chores like picking up trash, cleaning and administrative paperwork.

About 100 people live at WindSong, including singles, senior citizens and families. The initiative for the community began in the early 1990s, from an ecologically inclined ideal of a community that would take decisions collectively about where to live and how to build and maintain its own homes. In 1994 about 20 like-minded people found a woodland site of 2.5 hectares an hour outside of Vancouver, traversed by a stream and inhabited by ospreys, deer and other wild animals.

Getting the project off the ground proved difficult. Not only did the labyrinth of regulations and permits form an obstacle, but it also took a sophisticated information campaign to convince neighbouring residents. Financing also proved tricky: although the costs do not vary significantly from those of regular new-build projects, banks were wary of the principle of a residential commune. In the end the Canada Mortgage and Housing Corporation supplied the loan. 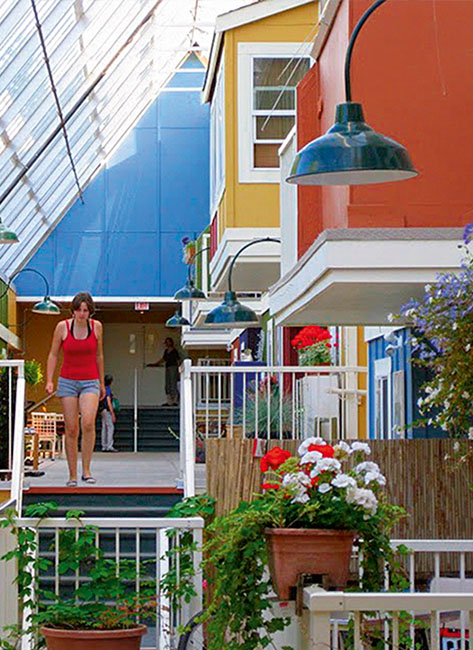