The large-scale destruction wreaked by the Second World War in London’s financial heart, the City of London, was responsible for intensifying the population decrease that had started many years before. Where 120,000 people had lived in 1851, this number was barely 5,000 a century later. The Corporation of London, the City’s governing body, resolved to reverse this trend, and designated one of the largest bomb craters in the City – the Barbican site – as a residential area, despite the lower revenue this would generate. Chamberlin Powell & Bon, architects of the Golden Lane project immediately to the north of the Barbican, the successful product of a 1951 competition, were invited to submit a plan. Their initial proposal for a grid-based development, enclosing alternating public and private courtyards, was followed in 1959 by a second submission whose major features were adopted and implemented without change, despite the lengthy construction time required that would extend well into the 1970s. 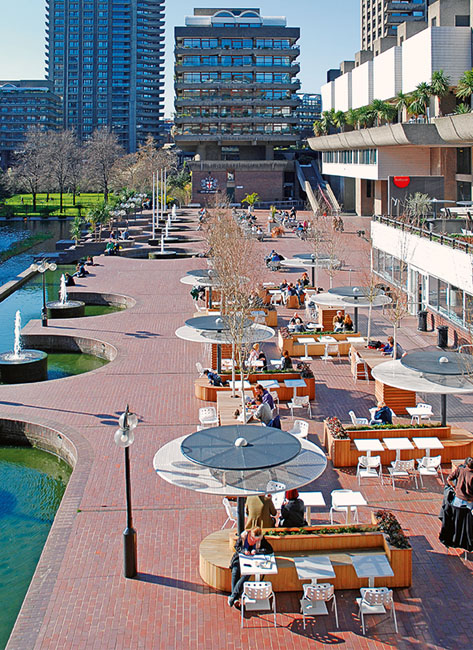