In 1947 Jean-François Gravier published his influential study ‘Paris et le désert français’, in which he advocated improving the balance between the development of Paris and the French countryside, for the capital’s enormous concentration of activity and population was threatening the countryside on the one hand and producing poor living conditions on the other. Ten years later the enterprising architect Fernand Pouillon took up this viewpoint when he developed plans for housing on brownfield sites in and around Paris. Pouillon, who had previously worked chiefly on large projects in cities in southern France and Algeria, intended to use these plans to gain a foothold in Paris. He founded the Comptoir National du Logement (CNL), a firm under his directorship, which combined design, development and execution in a total package designed to secure rapid, economical building. In 1957, after several early, small projects in Pantin and Montrouge, Pouillon embarked on the large-scale development of sites formerly occupied by the Salmson car factories, on either side of rue du Point-du-Jour in the industrial suburb of Boulogne-Billancourt.

Fernand Pouillon is an outstanding figure in post-war French architecture. Following the example of Auguste Perret, he rejected the protocols of CIAM planning and monotonous, prefab-dominated housing. Pouillon’s plans are characterized by careful compositions of buildings around green, trafficfree, enclosed courtyards. His architecture displays an idiosyncratic amalgam of both traditional and modernist style elements. 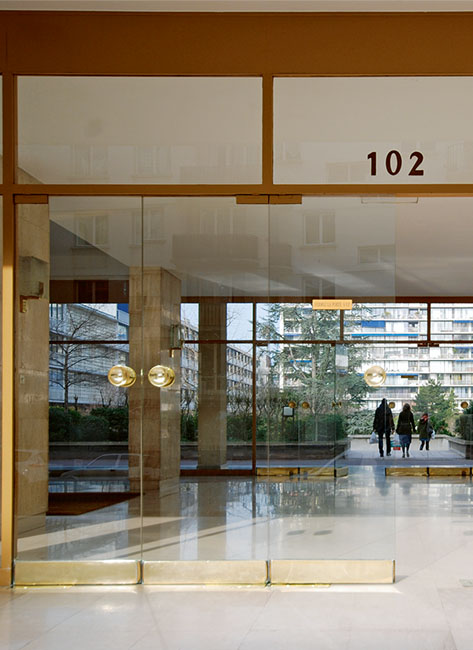