A Perspective on the Large-Scale Urban Project

Since the late twentieth century, urban projects have increased significantly in size, reintroducing some mid-century ideas on megastructures and habitat. In this light, a return to some of the founding ideas of the 1960s may prove illuminating. In particular, the notion of Grossform, put forward by Oswald Mathias Ungers in his 1966 essay ‘Grossformen im Wohnungsbau’, seems remarkably topical. Although Grossform, or ‘megaform’, is literally about ‘large form’, this definition of ‘large’ is based on the strength of its form more than on scale. ‘Only when a new quality arises beyond the mere sum of individual parts, and a higher level is achieved, does a Grossform arise. The primary characteristic is not numerical size. A small house can just as well be a Grossform as a housing block, a city district, or an entire city.’ In retrospect, it appears to prefigure the importance of architectural form in urban planning and the rise of many contemporary urban enclaves, marked by a specific formal expression.

In essence, Grossform is a manner of addressing both form and scale in order to rethink the impact of architecture on the city. This begins as early as 1960, when the position statement ‘Towards a New Architecture’, written with Reinhard Gieselmann, relates formal cohesion to the potential for urban diversity to develop. The proposition that form is a manner of evoking a specific spirit in architecture not only posits a correlation between form and content, but also suggests that there is a sensibility legible to the lay-public that does not form a guideline for behaviour, but rather encourages an attachment to architectural projects. This explicit attention to formal articulation more than programmatic intent and social context marks the work of Ungers as a minority position in the late 1960s and early 1970s. 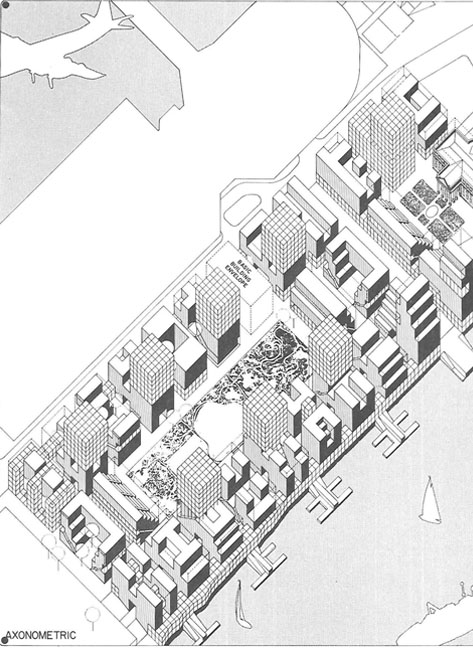