Hofblok ‘Hoogwerf’ is one of the two housing blocks by Diener & Diener that marked the conclusion of the redevelopment of the Java and KNSM islands in Amsterdam’s Eastern Docklands in 2001. The buildings are situated at the entrance to the elongated double island. The Hofblok is an almost square volume around a courtyard, for which the architects took their inspiration from the Palazzo Piccolomini in Pienza. The ground floor features office space and five studios. The 45 apartments, at least eight per floor, are served by perimeter galleries that can be reached via two passageways into the courtyard.

It was decided to continue the east-west alignment on all sides of the courtyard. This automatically results in two different floor plans: deeper apartments on the east and west side and wider dwellings on the north and south side of the building. Because most of the apartments in the Hofblok consist of three equivalent rooms they can be organized in different ways. The rooms are approximately the same size and linked in an alternating checkerboard pattern, which results in labyrinthine floor plans. The entrances and utility rooms are situated along the gallery in the inner courtyard; most of the living rooms face the public space. 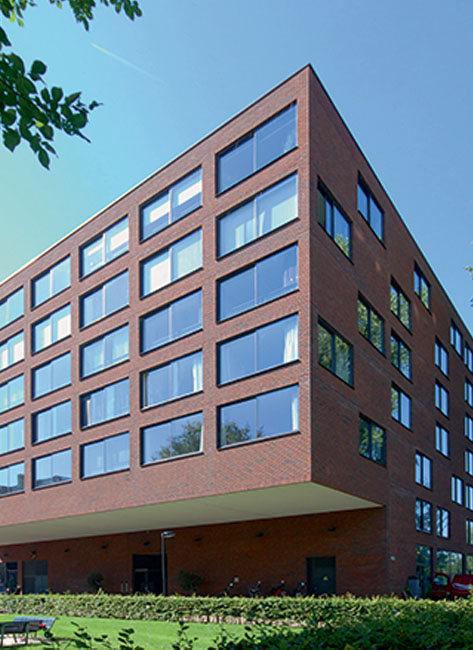