Master of Your Own Home

In the early 1960s John Habraken proposed a fundamental revision of the division of roles in house building. He defined housing as an act, rather than an object, and declared that people seeking housing deserved a larger role in the housebuilding process. He differentiated two levels of decision-making and responsibility in the house-building process, and associated these with two architectural terms, support and infill. It is this element in Habraken’s theoretical work for which he has chiefly become known. Over subsequent decades the Dutch Foundation for Architectural Research (Stichting Architecten Research, or SAR) developed the technical and organizational aspects of this concept.

Unlike many other theoreticians, Habraken has produced virtually no designs. While individuals such as Lucien Kroll, Constant Nieuwenhuys and Yona Friedmann translated their ideas into compelling images and designs, some utopian, Habraken has refrained from designing, on the grounds that the concept he has always propagated would otherwise become too associated with his person. ‘To build dwellings is par excellence a civilised activity, and our civilisation is by no means confined to the activities of a number of more or less talented architects. That is perhaps the least part of it, for civilisation is first and foremost rooted in everyday actions of ordinary people going about their business.’1 Habraken does not consider a design from the point of view of the designer, but from that of the designed object and the user. He belongs to a generation of investigators who research the built environment, the everyday, rather than specific, exceptional architecture; a generation that includes people such as Christopher Alexander and Kevin Lynch. 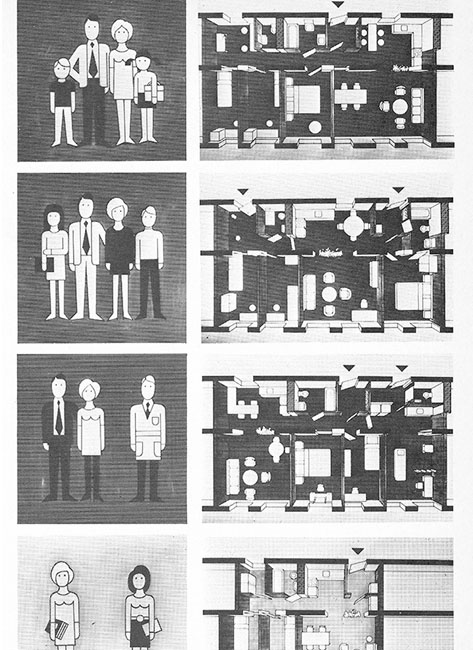