How Relaxed Is the New-Style Woonerf?

In contemporary house-building practice there is no mention of the woonerf (a residential zone where cyclists and pedestrians have priority over motorized traffic). No developer would use this term to sell a new project and – let’s be honest – potential buyers would not be convinced by it either. The woonerf, unlike oversized sunglasses, does not seem to have been able to escape the 1970s and make a glorious comeback.

But is this really the case? Has the woonerf truly been banished to the past?

Anyone who takes a good look at contemporary suburban housing projects might cautiously reach another conclusion. For what appears at first sight to be a uniform series of similar dwellings behind varying façades is found to incorporate small examples of districts and neighbourhoods that are decidedly different. These neighbourhoods have introduced a collective domain in a publicly accessible area, as woonerven once did. This has turned the immediate residential environment into a zone that can be claimed by those who live around it and form part of the home area. Although this zone between the private domain of the house and the public domain of the street may be accessed by the public, it is the collective responsibility of the people who live immediately around it, to whom the zone primarily belongs. 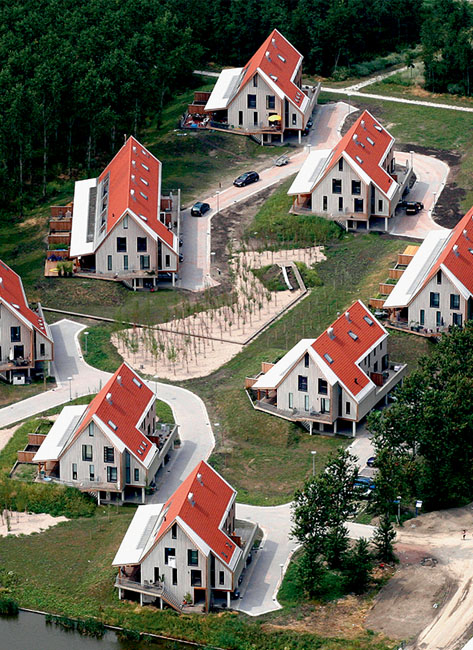