A Danish Saga about Cooperative Living

On 26 June 1968 the Danish architect Jan Gudmand-Høyer published a remarkable article in the Information newspaper under the title The Missing Link between Utopia and the Outdated One- Family House. In this mild polemic he describes how the lifestyles of many Danes have changed radically since the early 1950s as a result of consolidation in a number of social spheres (including consumption, health care and education), new family structures (double-income and single-parent families) and increased car use. The suburban neighbourhoods that were popping up all over Denmark in the 1950s and ’60s did not do enough to accommodate these changing lifestyle patterns, according to Gudmand-Høyer. Private developers were building monotonous neighbourhoods with single-family dwellings (parcelhus) while the government was experimenting with rational high-rises based on prefabrication. Both led to isolation and anonymity. Against this backdrop Gudmand-Høyer advocated the design of new neighbourhoods which would meet these contemporary lifestyles and in which community and identity would occupy centre stage.

Gudmand-Høyer was not alone in his views. They were shared by the Danish environmental psychologist Ingrid Gehl in Bomiljø (1971) and her husband, architect Jan Gehl, in Livet mellem husene (1971). The English translation of the latter, Life Between Buildings, remains popular to this day. Working at the intersection of sociology, psychology, architecture and planning, they both advocated a focus on ‘life between buildings’ and pressed for the reintroduction of what they saw as more humane communal spaces. What constitutes the essence of a housing project is neither a particular type nor a rational layout but the collective space between houses, according to Ingrid and Jan Gehl. Inspired by Christopher Alexander’s research into a pattern language they went in search of concrete architectural elements that provide safe and child-friendly outdoor spaces, in which gathering and community life occupy centre stage. Their examples, many of which were illustrated with photographs, were taken from lively public spaces in urban contexts. The books by Ingrid and Jan Gehl were to leave an indelible imprint on the Danish debate about collective housing projects.

Tom Avermaete has held several visiting professorships, amongst others at the Politecnico di Milano, Academy of Fine Arts Vienna, Tokyo Institute of Technology and the University of Copenhagen. He is on the editorial board of the “OASE Journal for Architecture”, and previously of the “Journal of Architectural Education” (JAE, until 2015) and of the “Architecture in the Netherlands Yearbook” (2012-2016).

Avermaete is a member of the advisory board of the “Architectural Theory Review” and “Docomomo Journal”, and a co-editor of the series “Bloomsbury Studies in Modern Architecture” (with Janina Gosseye, Bloomsbury Academic). He is a member of the scientific board of the Jaap Bakema Centre (HNI, Rotterdam), the programme committee of the Berlage Centre for Advanced Studies in Architecture and Urban Design, and of the Global Architectural History Teaching Collaborative (GAHTC).

Eva Storgaard is educated as an architect at the School of Architecture in Copenhagen, Denmark. Since 1998 she lives and works in Belgium. She teaches in the design studio of the bachelor and the master program of Interior Architecture at the Faculty of Design Sciences at the University of Antwerp. Her field of interests comprise themes concerning modernism, collectivity, craft and biophilic design based interiors. She is author of  Pieter De Bruyne 1931-1987. Pionier van het postmoderne, a book about the controversial  Belgian interior and furniture designer Pieter De Bruyne. Further, is Eva finishing a PhD about Danish Modernism and its architectural innovations. 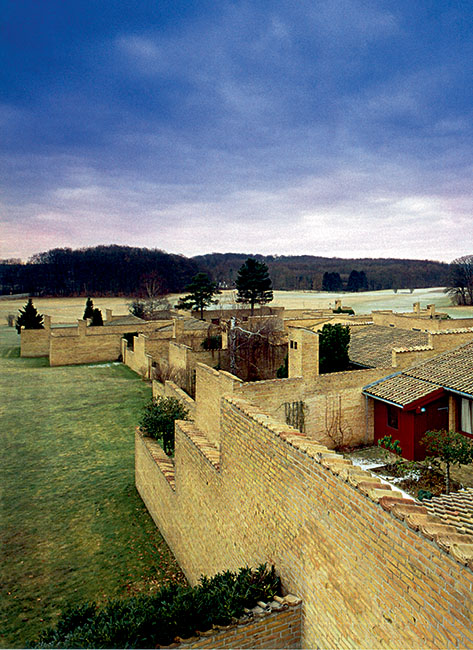