Small Enough to Be Public

Without a doubt, Sjoerd Soeters’ work is among the most distinctive and most colourful in Dutch architecture. His architectural output appears to admit little nuance: you either love or loathe Soeters.

Opinion on his urban designs is less divided. Projects such as Java-eiland in Amsterdam, Haverleij near ’s-Hertogenbosch and Zwanenwoud outside Heerenveen have garnered widespread admiration. The spatial contrasts in Soeters’ town plans are particularly striking. Working at various planning levels and within both an urban and a more rural context, Soeters has shown that he knows how to successfully mix private housing and public space. We spoke to him about the reactions to his designs, the ideas inspiring his work, his role models and the preconditions for a successful link between public and private spaces. 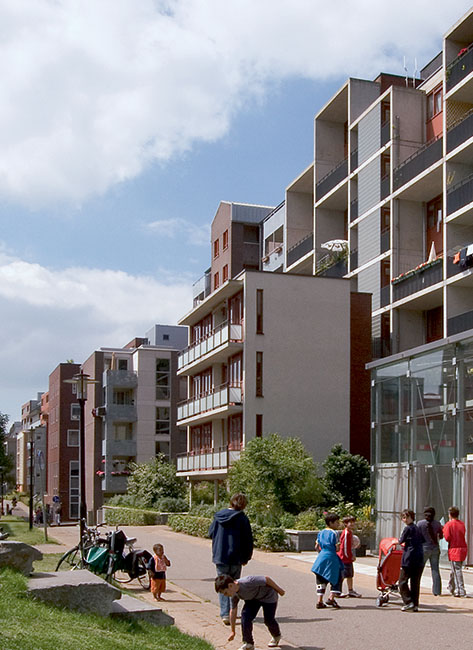