Independent or Bureaucratic? The Early Career Choice of an Architect at the Turn of the Twentieth Century in Germany, France and England

While the general historical perception of the architect conveys an image of him/her as an independent ‘genius-artist’ we should not forget how, in particular around the turn of the twentieth century, architects were primarily employed by communal, or state administrations. The need for architects in administrations was primarily a consequence of the rising independence of cities and the necessity to react to urbanization and property speculation, and later for the mass housing programs in the aftermath of the First World War.

In this paper the professional reality of architects in three countries, Germany, France, and England will be addressed and the relationship of the profession to the administrations will be analyzed. This investigation looks at how architects perceived this relationship and the many advantages it gave them, as well as how their reaction against it was articulated and backed up. In each of these countries architects had a different disciplinary background; these differences will be compared and contrasted. This variance subsequently led to a different perception and attitude towards the relevant administrations. Yet, it ought to be added that no general rule can be extracted from these comparisons, as each architect had their own, unique career path.

Andri Gerber (b.1974 in Bergamo, Italy) is a theorist and historian of architecture and urbanism. He holds a PhD from the ETH Zurich on metaphors in urbanism, awarded with an ETH medal and has worked for Peter Eisenman in New York. Gerber has taught at the École Spéciale in Paris where he was also head of the postgraduate programme Mutations urbaines (in collaboration with Sautereau and Ghorayeb). He is currently senior lecturer at the Zurich University of Applied Sciences, senior lecturer at the University of Liechtenstein and is currently working on a habilitation on the history of the epistemology of urbanism at the gta Institute of the ETH Zurich financed by a SNF Ambizione Grant. 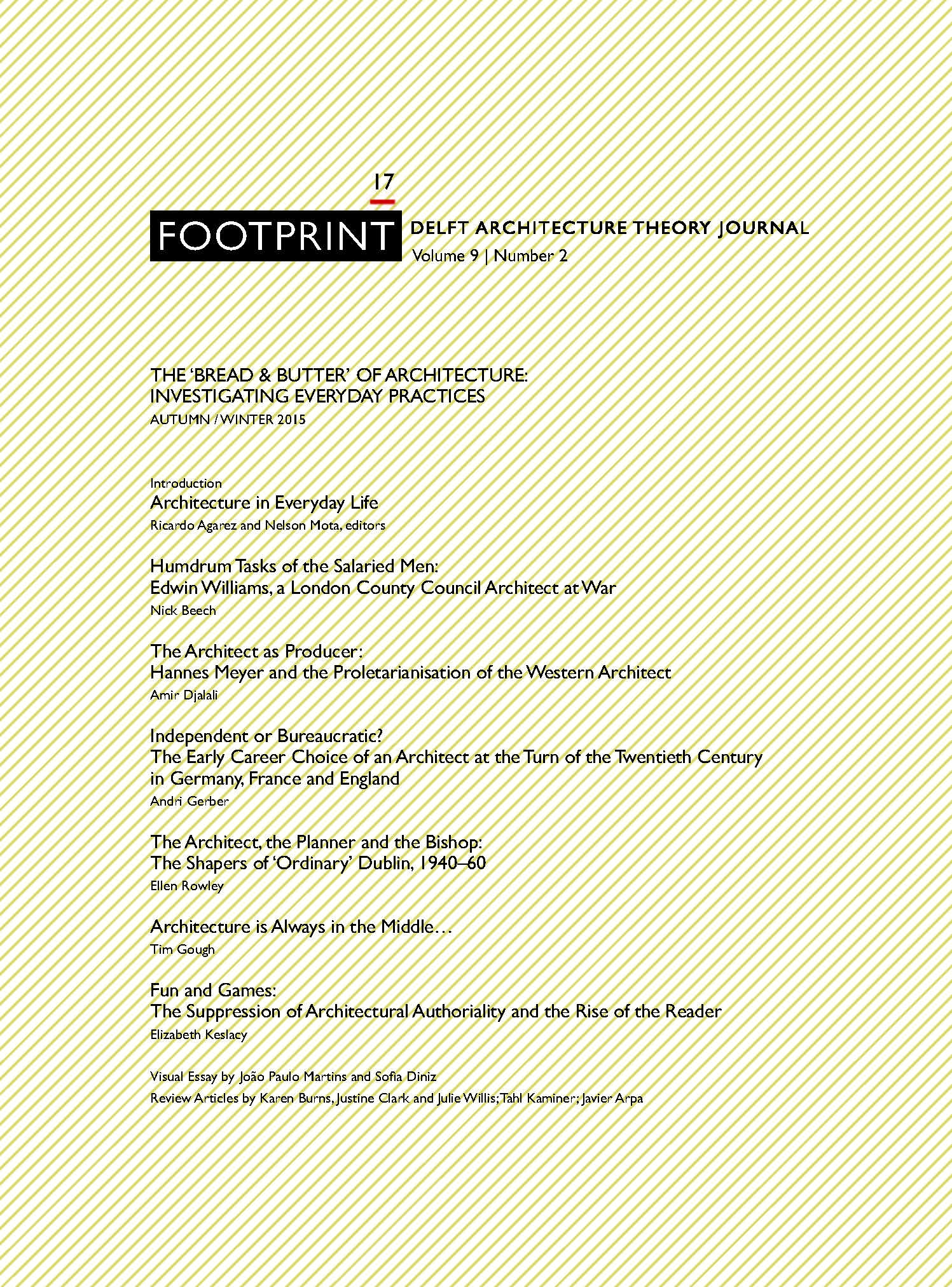