Architects increasingly favour mapping as a means of documentation. Through maps, they question and define the boundaries of their architectural intervention, the premise being that if they can adequately delaminate and map the site's found conditions, they may achieve a more complex understanding of the said site.

If maps can successfully represent sets of complex interactions in an effective manner, they also have an objectifying tendency and are often criticized for being tools of domination as well for their propensity to stabilize space-time. Further, architectural mapping is often associated with the possibility to index the 'designer's syntactical code', a possibility coupled with the idea that 'none of the notations take precedence over any other', so as to encourage 'more plural, open-ended "performances" of the project-in-time'.

These positions involve if not a pure scientific objectivity, at least the assumption that one may somehow sidestep the projection of the author's intentionality. Bringing these issues to light, the paper explores whether mapping could address temporality with an assumed depth that would re-responsibilize the architect mapmaker while still remaining open to the users' multiple readings in time.

Our contention is that rather than relying on rules, syntax and sequences of transformations, architects may approach mapping as a creative act that is open to different temporalities, involving both a willingness to listen and a readiness to act, allowing stories to emerge all the while stepping up as the narrator. Focusing on the phenomenological dimension of drawing and the epistemological bearings of mapping, the paper reveals some of the ways in which architects can question the relation between architecture and time through their graphic representation.

Anne Bordeleau is an architect and professor at the School of Architecture of the University of Waterloo, where she teaches design studio and cultural history from medieval to modern times. She was awarded a PhD in Architecture from the Barlett School of Graduate Studies (University College London) after obtaining her professional degree and post-professional Masters in the history and theory of architecture at Mc Gill University (Montreal).

Liana Bresler, a recent graduate of the M.Arch program of the University of Waterloo, is currently practicing architecture in Toronto. Her master’s thesis, ‘Embedded Boundaries’, was recently exhibited in Cambridge, Ontario, and London, UK as part of an ongoing collaboration entitled ‘Jerusalem/Sarajevo: in between cities’. 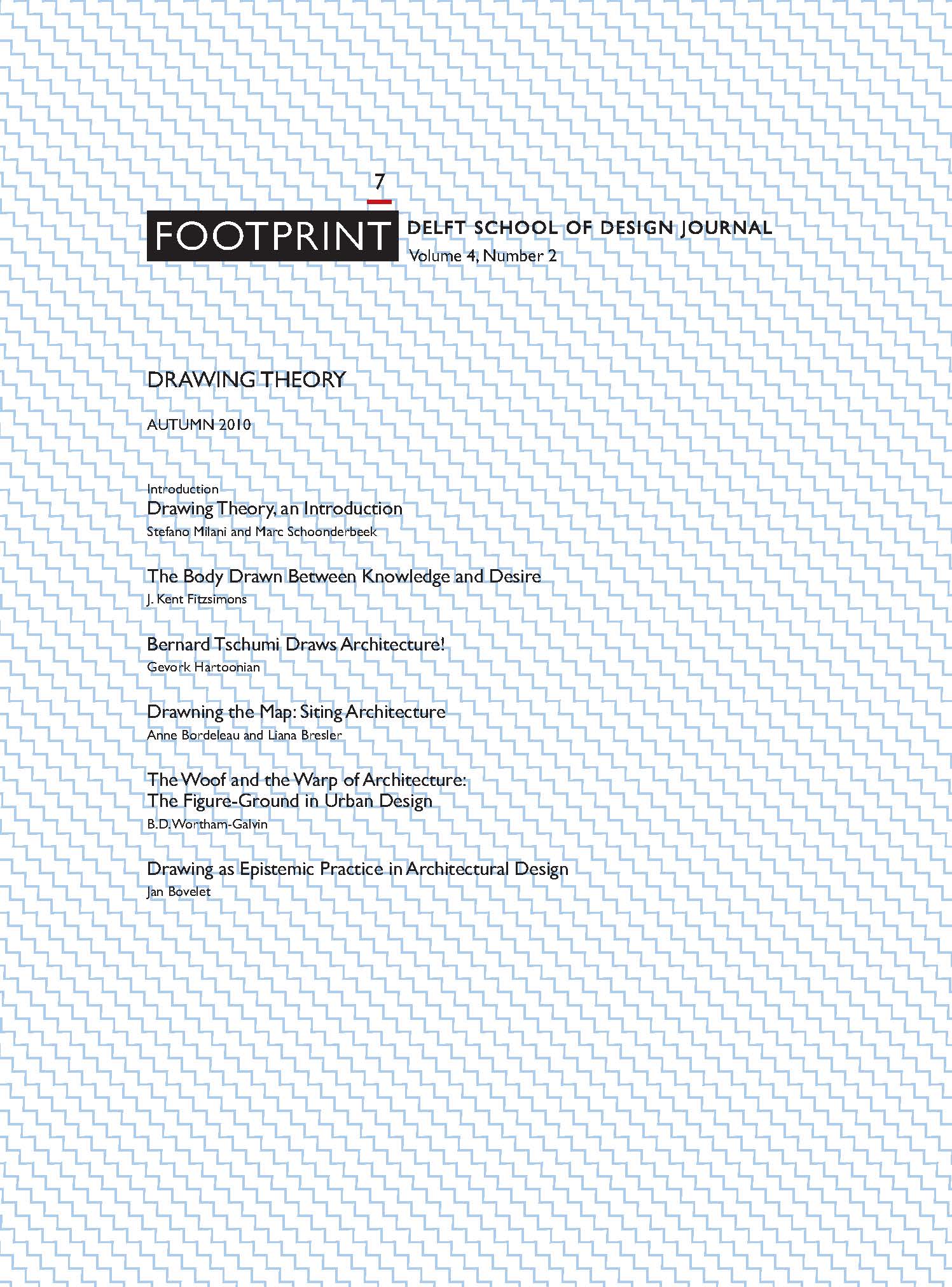