Mediated Windows: The Use of Framing and Transparency in Designing for Presence

This paper explores the fusion of architecture and media technology that facilitates collaborative practices across spatial extensions: video-mediated spaces. The example presented is a mediated extension of the Museum of National Antiquities in Stockholm to a neighbouring park area and archaeological excavation site in 2008, referred to as a mediated window, or a glass-door.

The concepts framing and transparency are used to outline the significance of windows and glazing in architecture and art. The author then considers the potential contribution of architecture in representing the passage from indoors to outdoors and designing for presence. Presence design assumes a contribution from architects to presence research, a currently diversified field, spanning media-space research, cognitive science, interaction design, ubiquitous computing, second-order cybernetics, and computer-supported collaborative work, but in which architecture and artistic practices are less represented.

The paper thereby addresses the potential of an extended architectural practice, which incorporates the design of mediated spaces, and outlines presence design as a transdisciplinary practice in which presence research meets architectural design, and spatial and aesthetic conceptual tools, derived from related visual practices, may be productively applied.

Charlie Gullström is a Senior Lecturer in architecture, media, interaction and communication at the Department of Architecture, Royal Institute of Technology (KTH), Stockholm. Her research and practice seeks to extend our conception of the discipline of architecture by examining the contribution of media, interaction and communication - specifically, the fusion of architecture and media technology that enables mutual gaze in dialogic interaction (mediated spaces, presence design). In 2010, she will present a doctoral thesis entitled Presence Design: Mediated Spaces Extending Architecture. She holds a Tekn. Lic. Degree in Architecture (1994) and a M.Sc. Degree (1990) in Architecture from KTH. Charlie Gullström is also an experienced architect; from 1990-2005 she led a widely-renowned practice in Stockholm, specialising in the design of spaces in which learning, collaboration and communication are central, explicit concerns for leading Swedish corporations and educational institutions. 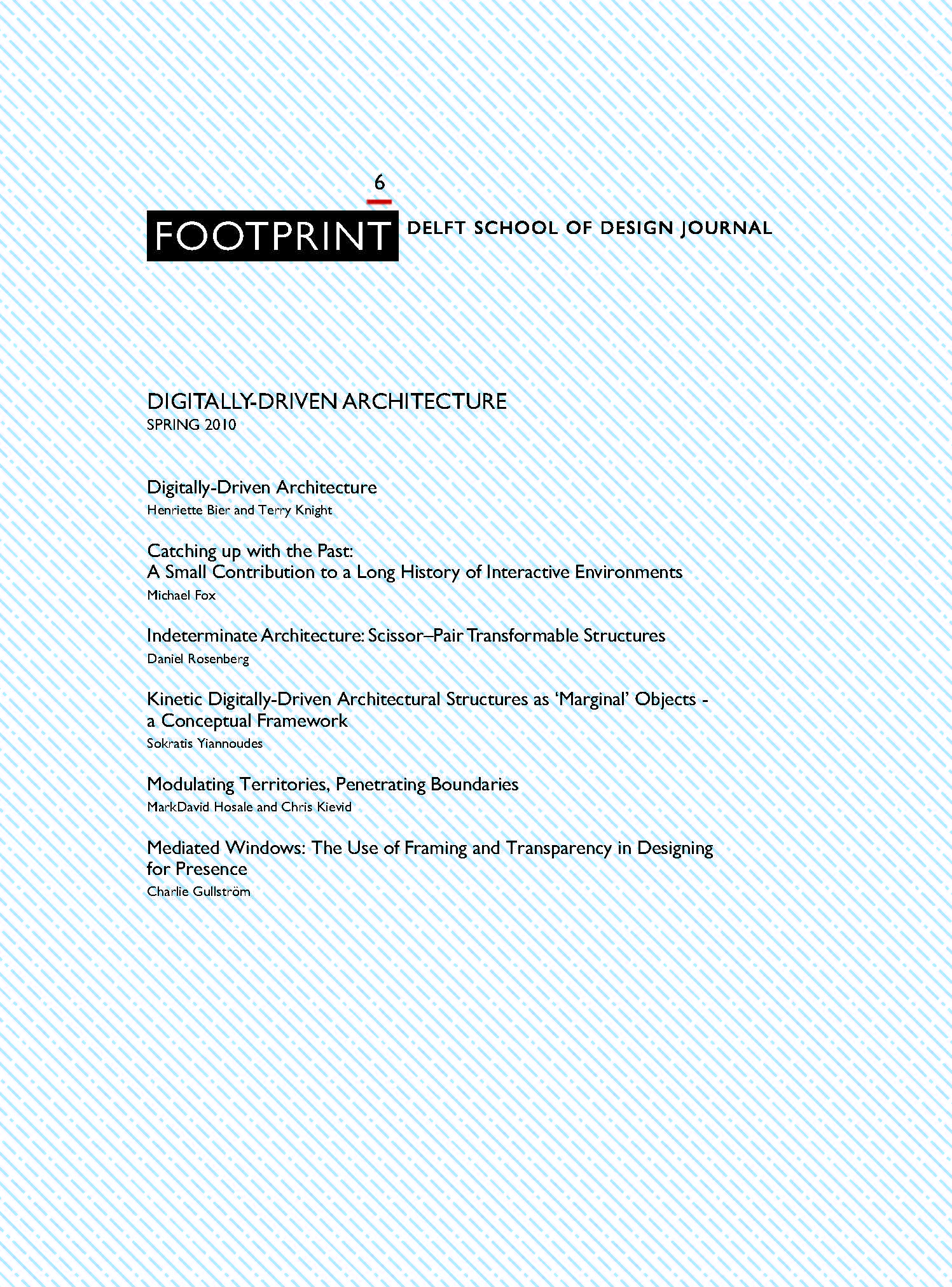