The Vague, the Viral, the Parasitic: Piranesi’s Metropolis

In mid-18th century Giovanni Battista Piranesi’s etchings systematically document the old and new monuments, decrepit buildings and broken down infrastructures of a Rome that continues to inhabit and reinvent its past. His views of Rome offer a devastating account of the blurring of distinctions and articulations that time, use and neglect have imposed on the old differentiations of the urban and the rural, the public and the private, the monumental and the domestic in the 18th century city. Rome becomes for Piranesi the laboratory for a questioning of architecture that places his work well beyond the debate on style and on the origin that dominated the architectural discourse of his time. This paper suggests that Piranesi’s images anticipate the dispersion and sprawl of the city of today, in which the ‘vague’, the ‘viral’ and the ‘parasitic’ become modes of inhabitation and of transient negotiated definition.

In the Antichità di Roma, ancient buildings are represented not only in their large scale and magnificence, but also in their decay and reversal to a state of naturalness. These works, together with the acute observations of the Vedute di Roma, provide the materials that are then dislocated, manipulated, cloned and endlessly mutated by Piranesi in the synthesis of the Campo Marzio dell’Antica Roma, in which the historical city is almost entirely dissolved and replaced by an extraordinary congestion of fragments. When they are re-examined on the grounds of contemporary architectural and urban theory, the sites of Piranesi's views reveal anticipations of phenomena that affect the metropolis of today. Political, social and economic conditions have changed dramatically, but the questions asked of architecture in and by these sites challenge the definition of an architecture of style, forms and boundaries – in the 18th century as well as in the 21st – in favour of an architecture of change.

Teresa Stoppani (Architect, IUAV Venice; PhD, Florence) is Reader in Architecture at the University of Greenwich in London, where she directs the postgraduate Architecture Histories and Theories courses. Her writings on architecture’s histories, theories and representations focus on the relationship between architecture and the city. Her articles have been featured in edited books and in international publications such as Angelaki, arq, The Journal of Architecture, log, Urban Design International. Forthcoming book, Paradigm Islands: Manhattan and Venice (Routledge 2010). 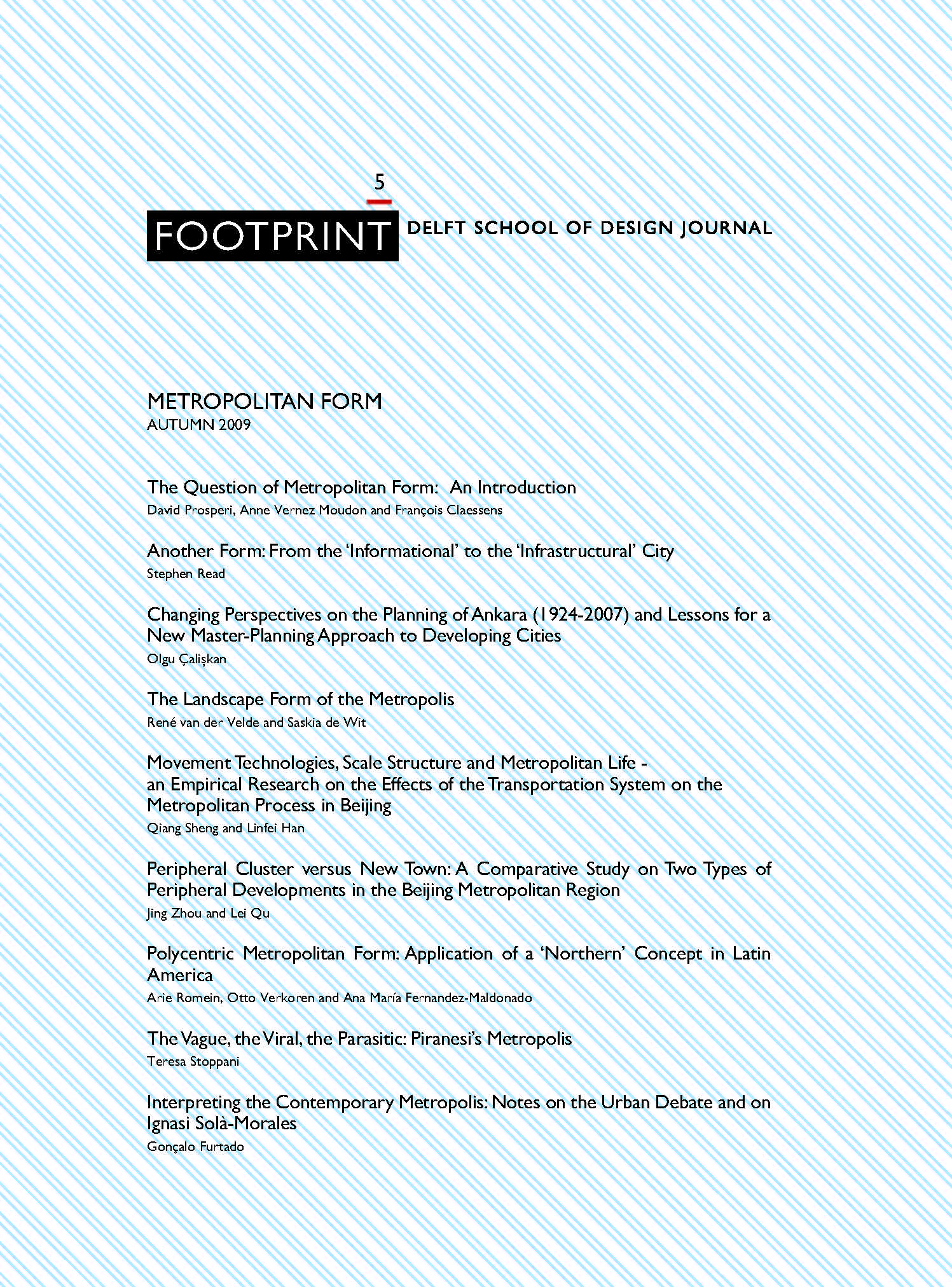