There and Back Again

Council Housing, Right to Buy and the Politics of Architectural Pluralism

This essay explores the defining role that council housing has played in populist politics in Britain from the post-war era to the present. Central to this was Margaret Thatcher’s Right to Buy scheme – an archetypal populist policy that became totemic of her broader reconfiguration of British society. Building on the demonisation of council housing that paved the way for Right to Buy, today, it stands as the implicit foil for the present right-wing government’s populist advocation of ‘beauty’ (i.e. traditional styles) as a way of removing objections to future development. Meanwhile, the populist left argues for a return to the mass council house building of the post-war era, despite the recent success of small-scale, tactical council housing projects, such as those by Peter Barber Architects. The essay argues that the polarised and asymmetrical nature of this debate, conflating questions of aesthetics, typology and planning and tenure type, is typical of populist politics, ensuring a middle ground is by definition impossible. The essay concludes with the contention that if populist politics tends towards a monocultural architecture and urbanism, then a built environment that allows room for different forms, ideas and agendas may itself help foster a politics of pluralism.

Owen Hopkins is an architectural writer and curator. He is Director of the Farrell Centre at Newcastle University. Previously he was Senior Curator of Exhibitions and Education at Sir John Soane’s Museum and before that Architecture Programme Curator at the Royal Academy of Arts, where he was the curator of numerous exhibitions, events series and other projects. A frequent commentator on architecture in the press, on radio and TV, he is author of seven books, including The Museum: From its Origins to the 21st Century (2021), Postmodern Architecture: Less is a Bore (2020), Lost Futures (2017), Mavericks (2016) and From the Shadows (2015), and editor of a further seven books, journal special issues and digital publications. He lectures internationally and is a regular guest critic at architecture schools as well as a judge for a number of architecture awards.

Bennett, Asa, ‘How Many Houses Politicians Have Promised and How Many They’ve Actually Built’, The Telegraph, 7 October 2015.

Labour Party, ‘Britain Can Be Better: The Labour Party Manifesto 2015’,

Municipal Dreams, ‘The Aylesbury Estate, Southwark: ‘all that is left of the high hopes of the post-war planners is derelict concrete’, 7 January 2014. 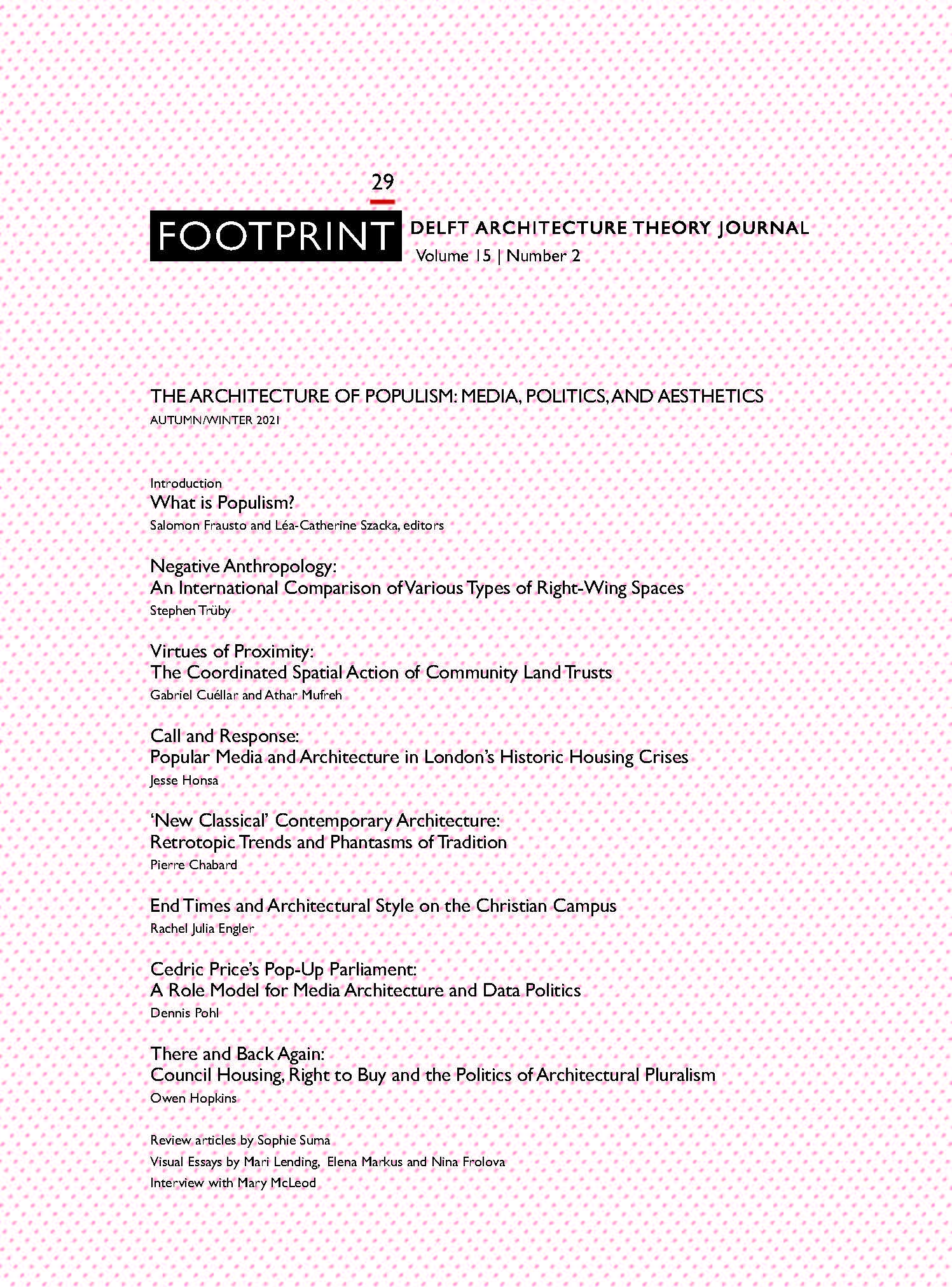