Automation and the City

From 1959 to 1974, Constant Anton Nieuwenhuys developed New Babylon, a speculative city for a future society in which automation would free human life to dedicate itself to creativity, collectivity and play. This essay examines Constant’s thinking about automation and the city. Departing from Constant’s own writings, it argues that automation was not only an economic premise but also, and more importantly, a creative condition of future urban environments. As such it required a re-conceptualisation of the collective habitat. Constant’s vision, a critique of functionalist modern urbanism, imagined the city as a ‘complete environment’, part of an extended and dynamic activity that involved its inhabitants. The speculative framework of this essay wishes to situate New Babylon within the broader discourses of automation and cybernetics that dominated the cultural and scientific arena of the post-war period in the United States and Europe, as well as within the diverse genealogies and theoretical entanglements of these terrains.

Iris Giannakopoulou Karamouzi is an architect and a researcher from Athens, currently pursuing a PhD in the history and theory of architecture at Yale University. She holds a Diploma of Architecture from the National Technical University of Athens (2014) and an MSc in Architecture Design as a Fulbright Scholar from the MIT School of Architecture (2018). Currently, she is investigating the cultural, technological, and ideological formations that came to prominence during the beginning of the twentieth century, paying special attention to the experimental compositional, inscriptive and interpretative processes employed by literary and artistic avant-gardes. 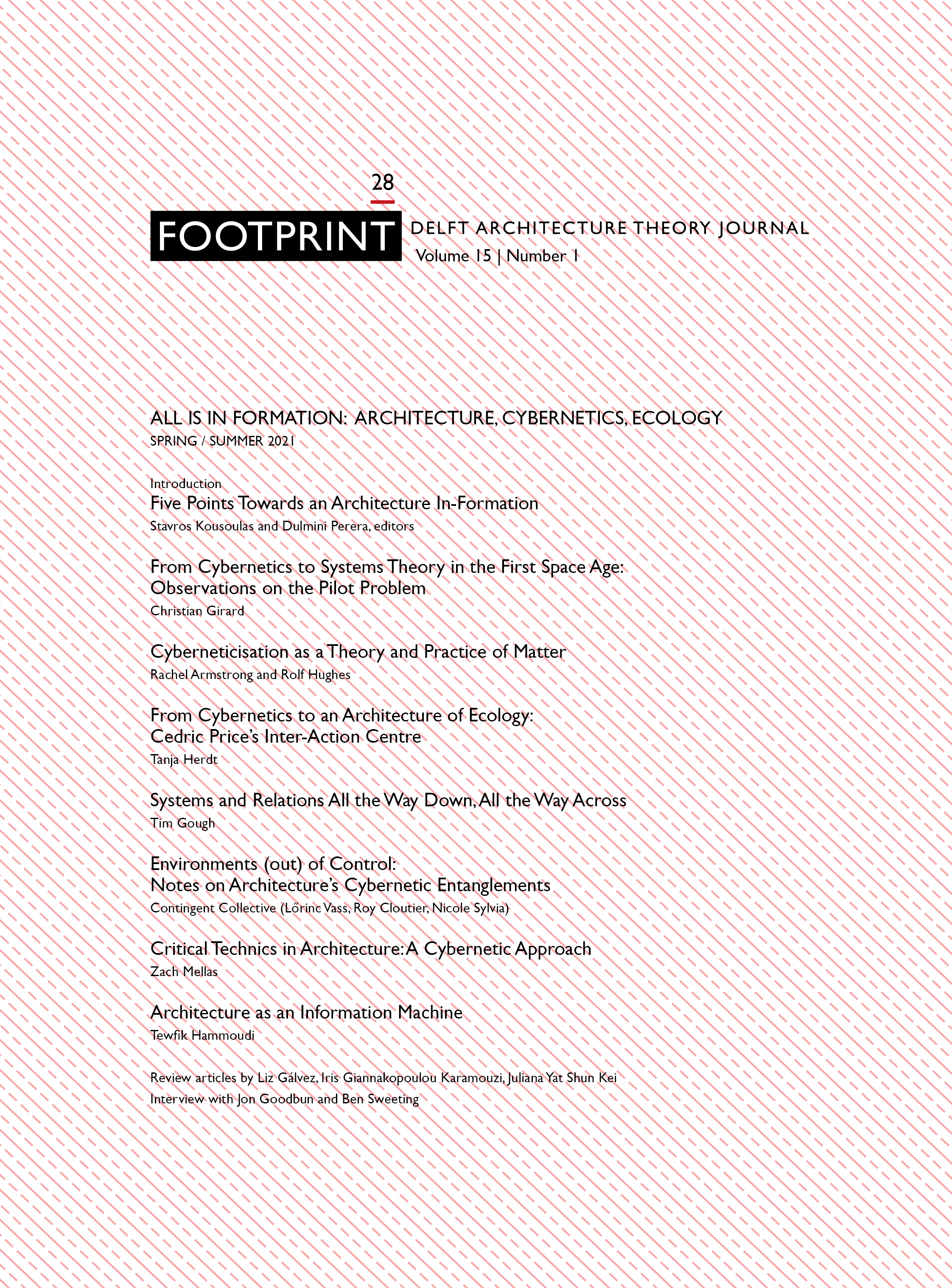