The Architecture of Logistics

Trajectories Across the Dismembered Body of the Metropolis

The ambition of Footprint 23 is to provide a critical survey of the architecture of logistics, unfolding the multivalences of its apparatus, dissecting its buildings and spaces, its technologies and labour relations, its historical evolutions as well as its future projections. Gathering academic papers and visual essays from researchers and emerging scholars in the field, the issue follows three main directions of inquiry.

The first trajectory attempts to define what logistics is and how it operates, focusing on the inherent ambivalence of its apparatus, able to cope with different scales and various temporal dimensions – from barcodes and gadgets to global routes and territorial infrastructures – constituting both a physical and abstract framework supporting, measuring and quantifying movements and actions, thoughts and desires. The second trajectory investigates the way logistics penetrates our existences, not simply by affecting how we live and work but the way in which it provides the very possibility of life as such, or, in other words, how logistics is inherently political. The third trajectory tackles the past, present and future of logistics, considered as the most crucial apparatus determining the human impact on the earth, controlling the distribution and organisation of organisms and ecosystems, triggering new and more violent forms of colonisation and exploitation.

This issue of Footprint does not seek definitive statements or hypothetic solutions for the monstrous nature of logistics. On the opposite, it aims at unfolding its inner contradictions to propose new possibilities of exploration for an architecture and its project.

Negar Sanaan Bensi is an architect, educator and researcher. She received an honourable mention in National Archiprix 2011 in the Netherlands for her graduation project. She is a PhD researcher at TU Delft, as part of the research group Border Conditions and Territories and an UKNA fellow. Her research focuses on the relation between architecture and territory, infrastructure and inhabitation, specifically in the context of the Iranian Plateau and Middle East. She has taught at TU Delft, Tilburg Fontys Academy and IUST Tehran University and lectured at the University of Antwerp and International Institute for Asian Studies in Leiden. As a practicing architect she has collaborated with GFC, ZUS and Import Export Architects. She has contributed to several publications, among them the forthcoming books Adaptive Strategies for Water Heritage (Springer, 2018) and Inside/ Outside Islamic Art and Architecture: A Cartography of boundaries in and of the field (Bloomsbury, 2018) and the journal Volume 27.

Francesco Marullo is an architect and educator. His research focuses on the relations between architecture, labour and the space of production. He holds a PhD in History and Theory of Architecture from TU Delft and he is an assistant professor at the UIC School of Architecture in Chicago. Previously, he taught at the Berlage Center, TU Delft, the Rotterdam Architecture Academy and collaborated with the Office for Metropolitan Architecture, DOGMA and the Urban Planning Department of the Roma Tre University. He is a founding member of the research collective The City as a Project, the think tank Behemoth Press and Matteo Mannini Architects. His work has been internationally exhibited and featured in various architectural publications. He contributed to recent volumes Into the Wide Open (dpr-barcelona, 2017), Counter-Signals (Other Forms, 2018), Work, Body, Leisure (Hatje Cantz, 2018) and co-authored the book Tehran: Life within Walls (Hatje Cantz, 2018). 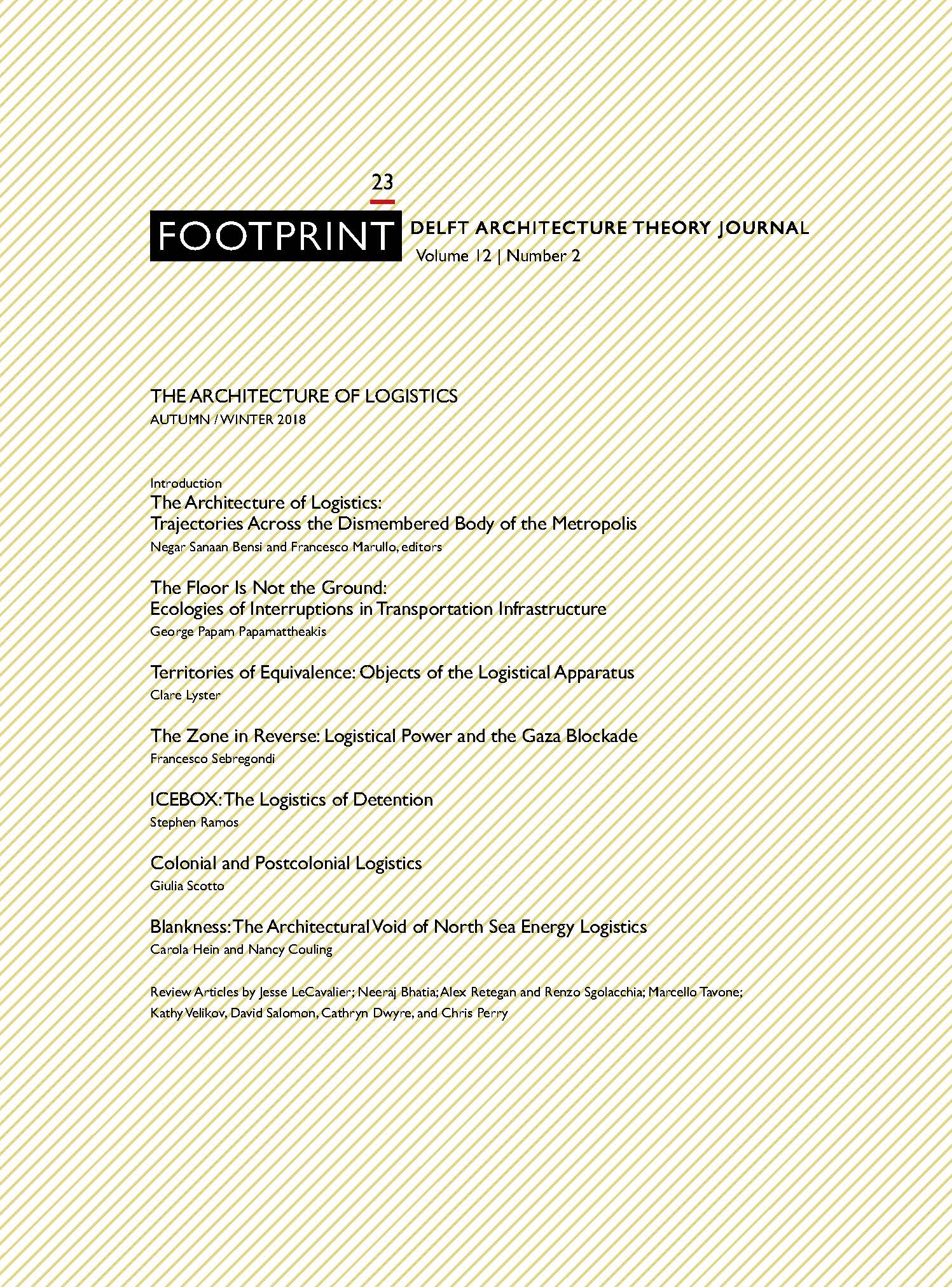