Vienna’s Resistance to the “Neoliberal Turn"

Social Policy through Residential Architecture from 1970 to the Present

At the turn of the twenty-first century, when public authorities all over Europe increasingly retreated from their responsibility for housing, Vienna refrained from large-scale privatisations. Upholding the system of state-subsidised housing, the Austrian capital supported new architecture as a means to regenerate the inner city and to promote innovative social policy. This was based on original design inspired by a variety of mostly modernist precedents. Examples for new residences that follow this strategy include the Car-free Model Estate (1996–99, Cornelia Schindler and Rudolf Szedenik), the women-led scheme Margarete Schütte-Lihotzky-Hof (1993–97, Liselotte Peretti, Gisela Podreka, Elsa Prochazka and Franziska Ullmann), and the residences on the former railway station Nordbahnhof (1992–2015, master plan by Boris Podrecca and Heinz Tesar, buildings by various architects). This article will present Vienna’s turn-of-the-twenty-first-century housing as a successful strategy to provide affordable residences that respond to current needs, and at the same time a way to harness innovative architecture for social policy goals. The Vienna case also suggests that the ‘neoliberal turn’ in housing provision was a matter of political choice rather than economic necessity.

Florian Urban is Professor of Architectural History at the Glasgow School of Art. He holds an MA in Urban Planning from UCLA (2001) and a PhD in the History and Theory of Architecture from MIT (2006). He is the author of Neo-historical East Berlin – Architecture and Urban Design in the German Democratic Republic 1970–1990 (Ashgate 2009), Tower and Slab – Global Histories of Mass Housing (Routledge 2012) and The New Tenement – Residences in the Inner City Since 1970 (Routledge 2018). 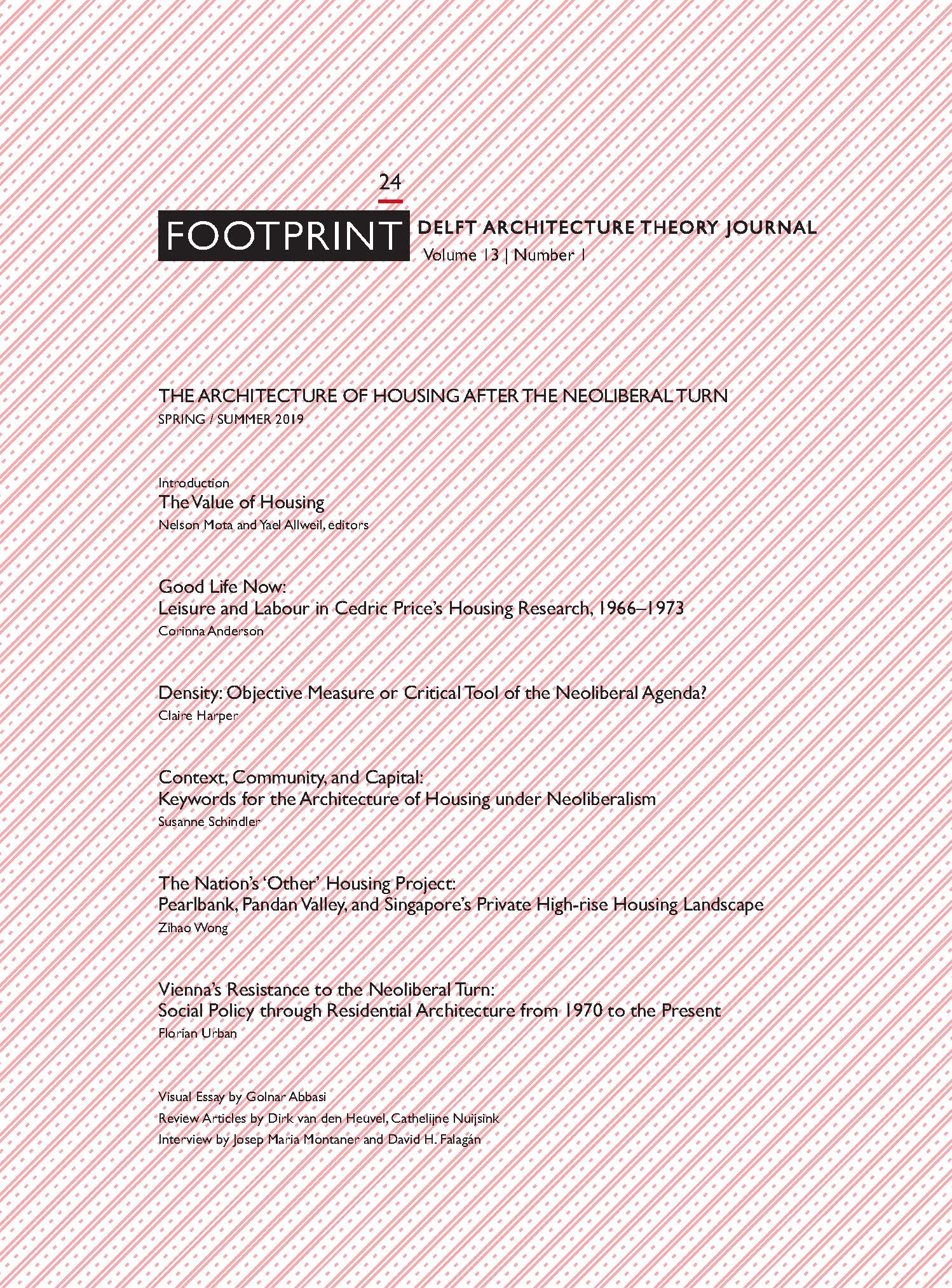