Joel Sanders interrogates the intersections of architecture, public space, gender and sexuality with his project for public restrooms Stalled!. Stalled! involves an interdisciplinary design research project in which Sanders collaborates together with gender studies professor Susan Stryker, and law professor Terry Kogan. Stalled! proposes to regard access to public restrooms as a social justice issue with design consequences that can be solved with innovative architectural solutions. The project aims to create restrooms that not only meet the needs of the trans community, but encompass the needs of all embodied subjects of different ages, genders and abilities.

Joel Sanders is the Principal of his New York based studio JSA and a Professor of Architecture at Yale University. JSA projects have been featured in international exhibitions including MoMA, SF MoMA, the Art Institute of Chicago and the Carnegie Museum of Art. The firm has received numerous awards, including six New York Chapter AIA Awards, two New York State AIA Awards, an Interior Design Best of Year Award, and two Design Citations from Progressive Architecture. Editor of Stud: Architectures of Masculinity and Groundwork: Between Landscape and Architecture (with Diana Balmori), Sanders’s writings and practice have explored the complex relationship between culture and social space, looking at the impact that evolving cultural forces (such as gender identity and the body, technology and new media, and the nature/culture dualism) have on the designed environment. 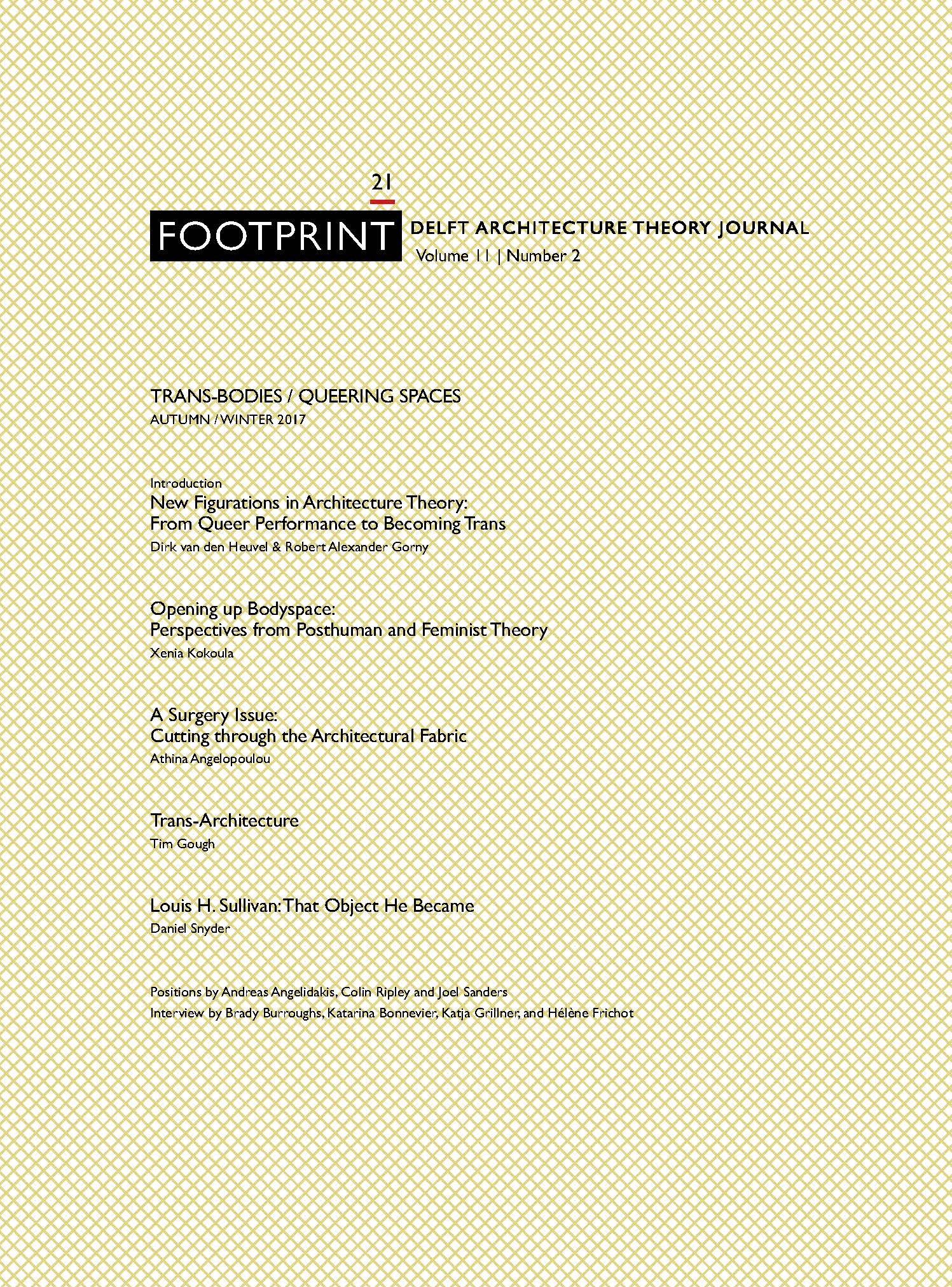