Architecture Thinking in a ‘Post-truth Era’: Recalibrations through analytic philosophy

This issue of Footprint explores the potential role of analytic philosophy in the context of architecture’s typical affinity with continental philosophy over the past three decades. In the last decades of the twentieth century, philosophy became an almost necessary springboard from which to define a work of architecture. Analytic philosophy took a notable backseat to continental philosophy. With this history in mind, this issue of Footprint sought to open the discussion on what might be offered by the less familiar branches of epistemology and logic that are more prevalent and developed in the analytic tradition.

The papers brought together here are situated in the context of a discipline in transformation that seeks a fundamental approach to its own tools, logic and approaches. In this realm, the approaches of logic and epistemology help to define an alternate means of criticality not subjected to personalities or the specialist knowledge of individual philosophies. Rather the various articles attempt to demonstrate that such difference of background assumptions is a common human habit and that some of the techniques of analytic philosophy may help to leap these chasms. The hope is that this is a start of a larger conversation in architecture theory that has as of yet not begun.

Karan August is currently on sabbatical completing a monograph provisionally titled: Building Beauty with Kant, An Aesthetic Rehabilitation. She has taught philosophy, art history and design studio courses since 2007 at Plymouth University, Delft University of Technology, and Victoria University, Wellington. Her formative academic training was in philosophy at the University of California, Berkeley. 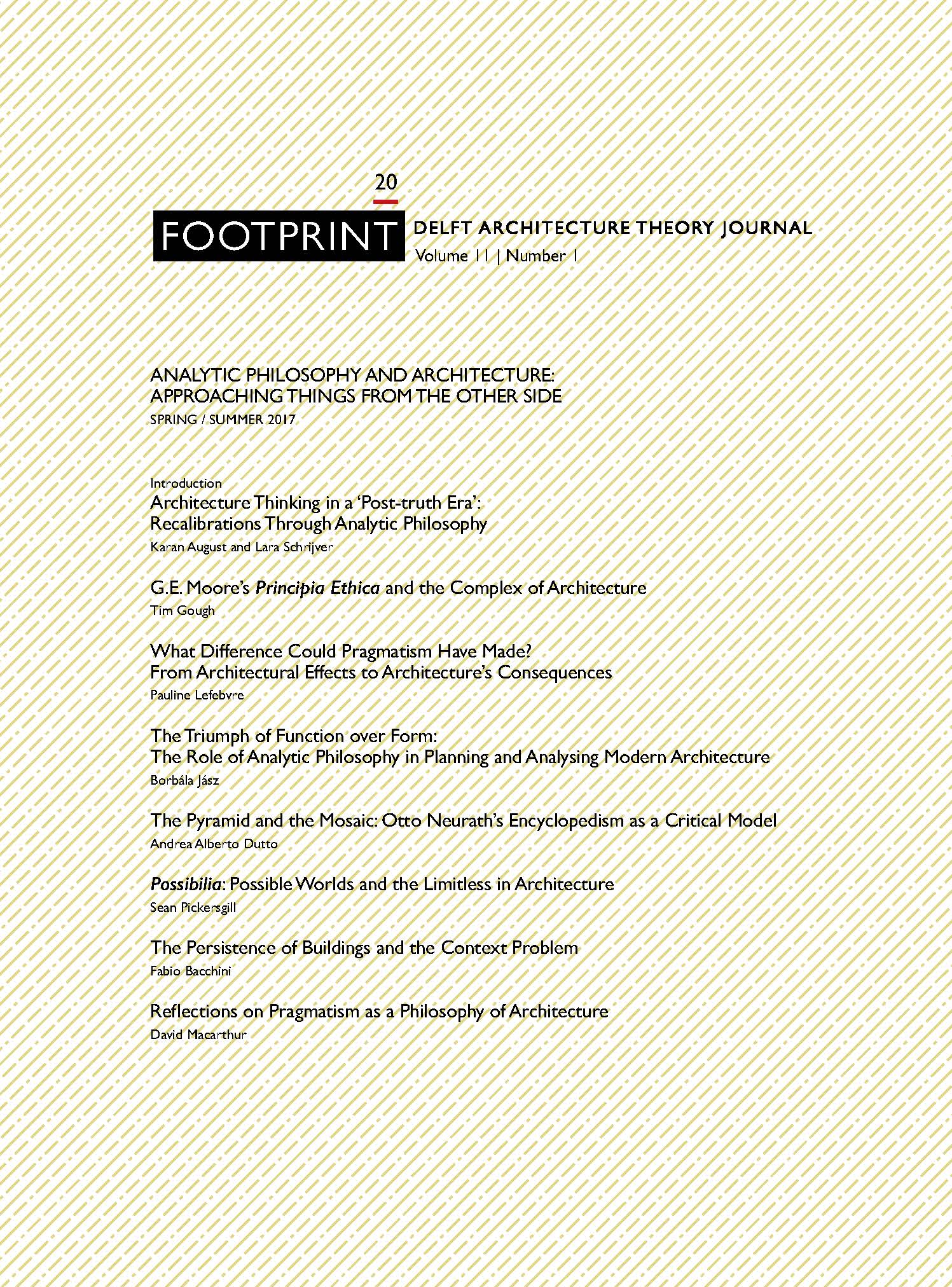 Issue # 20 | Spring / Summer 2017 | Analytic Philosophy and Architecture: Approaching Things from the Other Side