In 2007 Paris saw the completion of the Quartier Masséna, a district consisting of 17 urban blocks, a park (Jardins Grands Moulins Abbé Pierre) and a number of transformed existing buildings (Bibliothèque des Grands Moulins, Université Paris Diderot and artists’ breeding ground Les Frigos) on its left bank. In his master plan Christian de Portzamparc used the principle of the îlot ouvert (Open Block) to organize dwellings and work spaces and to provide residents with a rich, collective outdoor space. The îlot ouvert is best described as a fragmented closed building block. Rather than forming a single urban volume, the building mass of an îlot ouvert is distributed over a number of buildings that in turn comprise different volumes of varying height and form. The collective outdoor space is accessed via patios in – and openings between – the buildings, which are closed off from the public street by fencing that follows the building line of the urban block.

The îlot ouvert directly to the north of the university buildings demonstrates what block fragmentation can do for the dwelling and work space ratio. Here, four architects have designed four buildings, one on each corner of the urban block. The architects used the design freedom provided them to design totally different buildings. They each chose their own access and building typology, determined the assembly of the volumes and the material palette, and established how functions are organized at the building level. The way the volumes relate to their surroundings at ground level is also different. 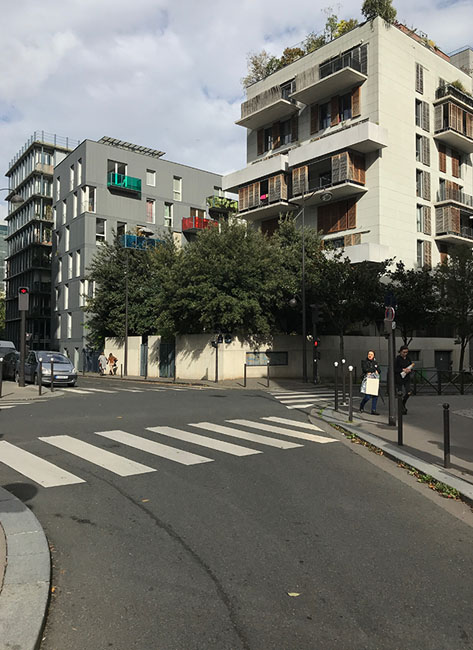