The Dutch housing market contains several stubborn paradoxes. One of them is that only really ‘old’ and really ‘new’ dwellings are deemed acceptable; everything in between is a bit of a problem. As such, no one is surprised that thousands of euros are invested to actualize historical canal houses or to restore houses from the 1930s. But if those houses were built in the 1960s, 1970s or 1980s, that becomes a lot less self-evident. A different paradox is that, although everyone admits to having their own living requirements, the control residents have over their own home is still very minimal. The project Klussen aan de Klarenstraat (Klarenstraat DIY) in Amsterdam Nieuw-West shows that things might change. The project involves the transformation of a characteristic apartment building from the 1950s into sought-after city residences, without erasing the existing structure. In a process that took a little over two years, 30 families collaborated with architecture firm VanSchagen to renovate walk-up flats into residences of 45 to 200 m2. 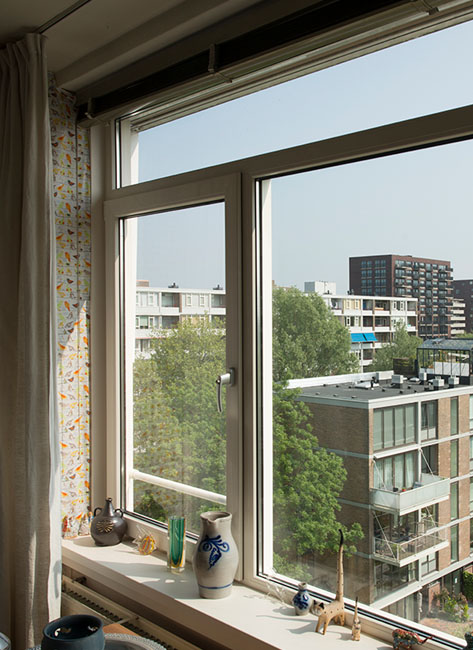