In 1922, a remarkable residential complex, the Justus van Effen block, is completed in the Rotterdam Spangen district. Its designer is architect Michiel Brinkman (1873-1925), a representative of both the artisan tradition of the nineteenth century and the modern era, who considers architecture a social challenge and is an adherent of rationalization and functionalism. The Justus van Effen complex epitomizes different architectural features. Striking are the subtle brick architecture, the logistic organization of the complex that originally comprised 264 dwellings, the layout of the dwellings, the design of the ground floor, the composition of the façades and the use of colour.

Arjan Hebly (1958) studied architecture at Delft University of Technology, and worked in several offices before starting his own practice Hebly-Theunissen Architects in 1986 in Delft, together with his wife Karin Theunissen (1954- 2013). The office has been involved in several renewal plans across the Netherlands, and has published articles and studies on among others Le Corbusier, Venturi Scott Brown and the respectful renewal of old city neighbourhoods and cultural heritage. Hebly has taught at various schools of architecture in Delft, Rotterdam, Amsterdam, Tilburg and Groningen and was the Secretary of various governmental competition juries, such as Rotterdam Central Station and the Ministries of Internal Affairs and Justice in The Hague. In 2013 he was awarded the Dutch national restoration prize ‘Gulden Feniks’ (Golden Phoenix) for the restoration of the Justus van Effen complex in Rotterdam, which also brought him the International Knoll Prize of the World Monument Fund in New York in 2016, for the restoration of modern architecture. 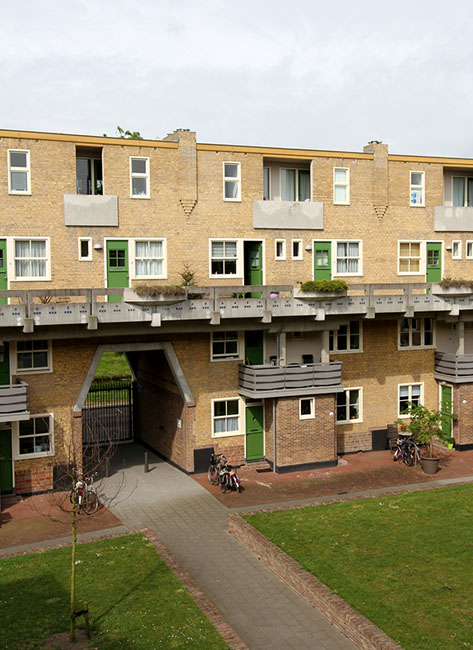