‘Anyone Can Build New Houses’

Not so very long ago, renovation or wholesale maintenance of post-war housing was not an activity you could use to distinguish yourself as an architect. After all, the task was primarily technical in nature. There was no honour to be gained as an architect unless it involved a residential building by a famous architect like Rietveld, Van Tijen or Brinkman en Van der Vlugt, or so it seemed.

That situation has thoroughly changed. Nowadays there are even architecture prizes to be won for transformations of apparently generic architecture of the post-war reconstruction era. Or, as the jury of the Amsterdam Architecture Prize 2015 worded it: ‘The Klussen aan de Klarenstraat project represents the current period . . . an example for the disposition of residents, architects, corporations and financiers.’ The jury’s selection of this project sends a clear signal. The sphere of activity of architects is widening. Architects are not only working on what is new; they are also focusing on the question of how to facilitate a new use of the existing. It is this question that intrigues the Vanschagen architecture firm. With the existing city as its most important field of work, this office has developed into one of the specialists in the field of repurposing. The project ‘Klussen aan de Klarenstraat’ – which you might translate as ‘Doing up Klarenstraat’ – demonstrates that it is possible to transform an unpopular building typology in a difficult location into popular. Reason enough to speak to them about what the architect’s role is (or could be) when considering radical forms of reuse for existing structures. 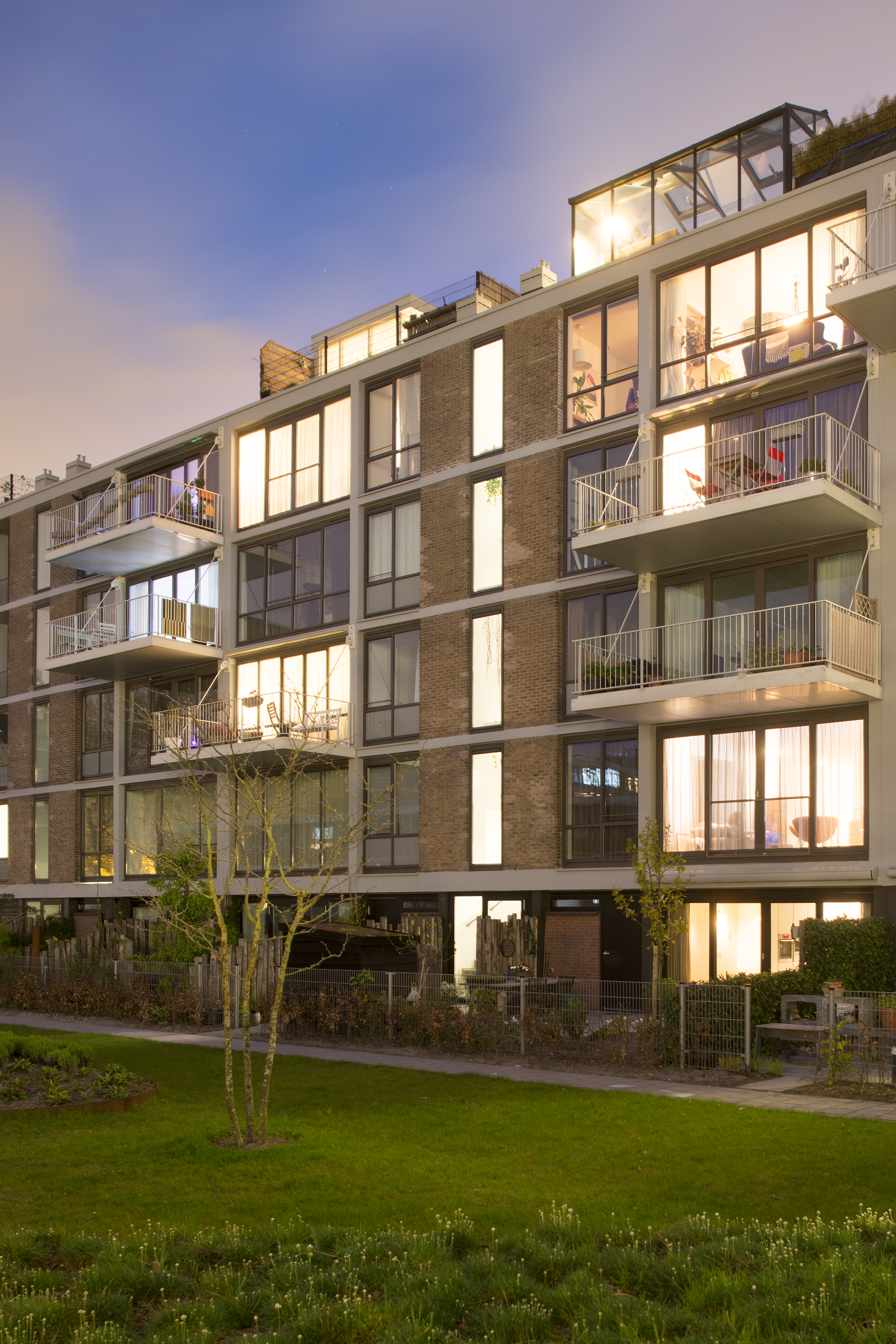