‘Causing a Neighbourhood to Reach a Tipping Point’

In the 1970s and 1980s it was usual to demolish outdated nineteenth-century blocks of housing completely and replace them with new-build, certainly in the social sector. The results of this operation are still clearly evident in every major Dutch city. That approach is at odds with a development that has increasingly taken shape over the last decade: the drastic renovation of existing residential buildings and housing blocks to guarantee a suitable fit as well as appeal to new target groups. This new approach couples preservation of existing architectural qualities with the ambition to respond to the desire for increasingly individualized homes. Not individual in the sense of separate or detached, but individual in the sense of meeting someone’s unique wishes. The magic word in this market is freedom. Freedom in size, configuration and materials. In brief, the freedom to optimally determine what you are investing in as a buyer. As an operator in this market, developer and building contractor ERA Contour has devised the ‘Een Blok Stad’ concept. This concept eradicates the risks that are associated with self-build or Collective Private Commissioning (CPC, known in Dutch as Collectief Particulier Opdrachtgeverschap), but allows for each dwelling to always be the outcome of individual choices. In order to fathom out the questions to which this concept provides an answer, it is useful to think about the genesis of the idea behind Een Blok Stad – One Block of City. 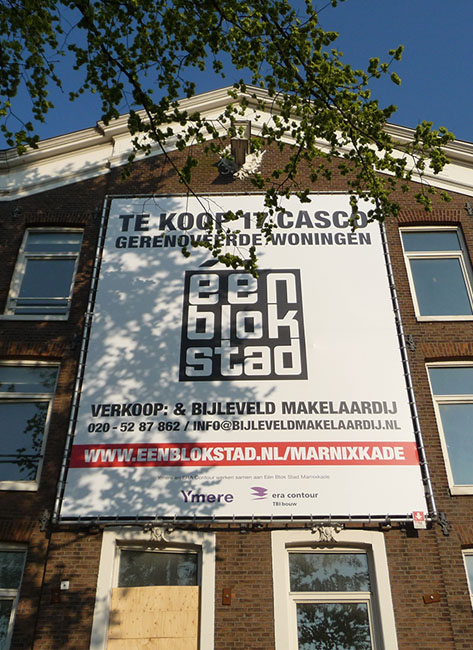