In 1952, a year after Kwame Nkrumah became the first Prime Minister of what was then the British colony of the Gold Coast (now Ghana), the decision was made to build a brandnew harbour as part of the ambitious Volta River Project. For the relocation of Tema, a small fishing village that stood in the way of the new development, the English office of Maxwell Fry, Jane Drew and Denys Lasdun was engaged.

Although there was a plan for a whole new city to be built on the site of the demolished village, it was decided not to incorporate the villagers in this new city. Instead, a separate settlement was designed (Tema Manhean) so that the villagers could keep their own identity while still improving their living environment. This decision caused a serious dilemma: because of its authenticity the tribe was condemned to remain an enclave of traditional living, while next door in the new Tema (p. 194) modern progress unfolded in all its attractiveness.

Fry and Drew developed a social and participatory hands-on approach, working in cooperation with the African chiefs. In Old Tema, they started mapping the existing fishing village spatially and socially, and examined the cultural traditions and the social structure. The process initiated for the resettlement of the villagers was remarkable, since it involved participation of the residents to a degree uncommon at that time, even in Europe. The main problems the architects encountered had to do with the power structure within the village and conflicting interests of residents, as well as discussions about identity, respect, individual versus collective interests, social structure and last but not least, money. It took seven years and some bulldozers to convince the whole community to move.

Dr. Michelle Provoost is an architectural historian specialised in urban planning history, postwar architecture and contemporary urban development. She co-founded the office of Crimson Architectural Historians in 1994, which has subsequently been engaged in a large number of research and design projects in the fields of urban planning, architecture and art. Since 2008 Dr. Provoost has served as Director of the International New Town Institute (INTI) in Almere, the Netherlands. Under her direction, INTI has grown into an internationally known center for education and research relating to New Towns. Dr. Provoost is the head editor of the INTI publications. She teaches at various universities in the Netherlands and abroad and continues to be in great demand as a public speaker. She lectures regularly throughout Europe, Asia, Africa and the United States, and has been involved in many municipal, national and private committees and juries. 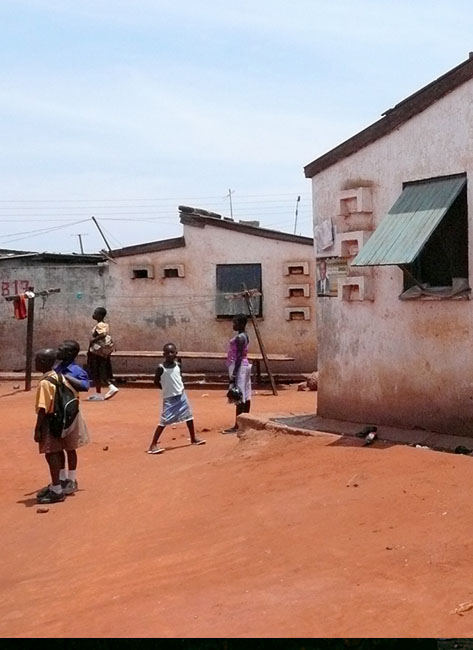