Following the Second World War, the United States faced a huge housing shortage. During the war and the preceding Great Depression of the 1930s, housing production had been reduced to fewer than 100,000 new dwellings per year. The sudden influx of soldiers returning from the war led to an acute housing shortage at the end of the war. By 1945, 3.6 million American families had no house or apartment.

However, in the years after the war, the combination of legislation (the 1949 Housing Act, which stipulated 810,000 new dwellings be built annually for a period of six years), policy (cheap loans for war veterans) and a rapidly growing economy led to a boom in house building that would greatly determine the face of America. On the outskirts of cities, suburbs featuring detached dwellings – many with garages and front and back gardens – on meandering streets emerged one after the other. This urban low-rise model was called ‘suburbia’ and it became the symbol of the American way of life, praised and portrayed in the popular media, diligently studied by social scientists and looked at askance by architects and urban planners. And as suburbia symbolizes the post-war American way of living, so Levittown symbolizes suburbia itself. 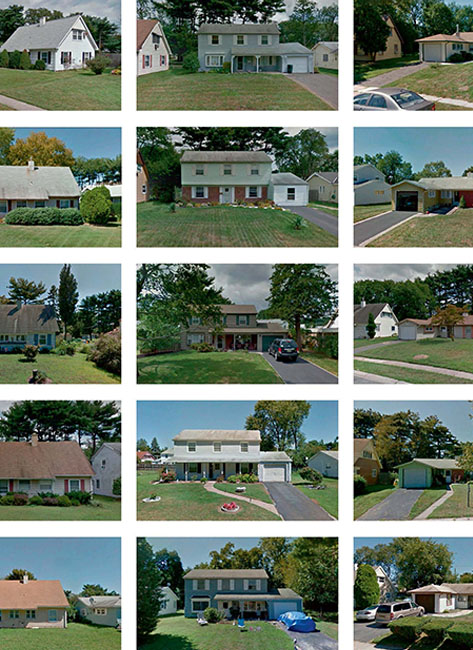