The annual furniture fair in Cologne has a tradition of inviting leading designers to present their vision of ‘ideal living’ in the form of an installation. Hella Jongerius was invited in 2005.

Hella Jongerius began her career in the early 1990s, and presented her first designs under the banner of Droog Design, which managed to make conceptual design a great success in the international design world. She soon went her own way, because her way of working only partially matched the Droog philosophy. Unlike other ‘conceptual’ designers, Jongerius always pays a great deal of attention to the implementation, whereby she usually combines the advantages of artisanal production with the industrial production process. By emphasizing the traces of imperfection (inevitable in artisanal production) in the finished products, her designs take on their own unique character.

Louise Schouwenberg studied psychology (Radboud University Nijmegen), sculpture (Gerrit Rietveld Academy Amsterdam), and philosophy (University of Amsterdam) – a variety of studies and practices that have turned her into an art and design theorist who links an understanding of the hands-on artistic process to a philosophical research of art and design practices. Her main interest is the close relationship between people and things and the intriguing ways in which they mutually shape each other.

Apart from writing, Schouwenberg has (co)curated exhibitions, among others for Pinakothek der Moderne Munich, Gallery Fons Welters Amsterdam, Museum Boijmans Van Beuningen Rotterdam, and the Textile Museum Tilburg. She has teached and lectured at various art academies and universities, including the Sandberg Instituut Amsterdam, Vrije Universiteit Amsterdam, Royal Academy of the Arts in The Hague, and Politecnico di Milano (faculty Architecture and Urban Studies). Since 2010 Schouwenberg is head of the Master Department Contextual Design at Design Academy Eindhoven. Since 2019 she’s a guest lecturer at Kunstakademie der Bildenden Künste in Nürnberg, Germany.

In the course of three subsequent years Louise Schouwenberg has collaborated with designer Hella Jongerius: during two subsequent Salone del Mobile events in Milan they presented their critical views on design by way of the manifesto Beyond the New (2015, at Palazzo Clerici), and the shadow play A Search Behind Appearances (2016, at La Rinascente storefront windows; commissioned by Serpentine Galleries London). In 2017 Schouwenberg and Jongerius curated the exhibition Beyond the New for museum Die Neue Sammlung / Pinakothek der Moderne in Munich (10/2017 – 9/2018). Parts of the same exhibition were presented at the MUDAM museum in Luxemburg from October 2018 until January 2019. For this presentation, Schouwenberg and Jongerius invited filmmaker and former Contextual Design student (and current tutor) Alexandre Humbert to react on their installations and a work from the museum's archive (Alvar & Aino Aalto). 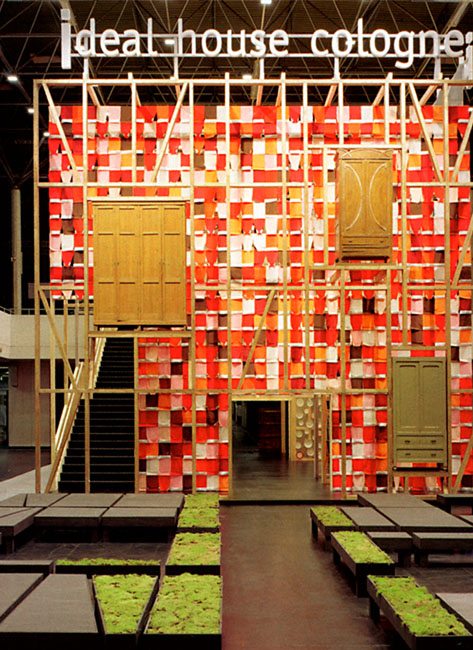