In 1972, the influential exhibition ‘Italy: The New Domestic Landscape’ was held at the MoMA in New York. Curator Emilio Ambasz assembled 180 household objects and 11 installations by Italian designers in order to investigate the relationship between the designer, the user and (industrialized) society. Italy, which at that time was the leading country in terms of design, served as a model for the entire industrialized world.

In the exhibition, the headings ‘counter-design’ and ‘contestatory objects’ allowed room for criticism of the consumer society. The Archizoom collective set up a loudspeaker in an empty room, which in harsh terms commented on the destruction of objects and institutions, and then played a mellifluous description of a utopian world. The quite eye-catching installation by Joe Colombo, called Total Furnishing Unit, was not among these critical entries, but it did make statements about the changing relationship between contemporary people and their homes. 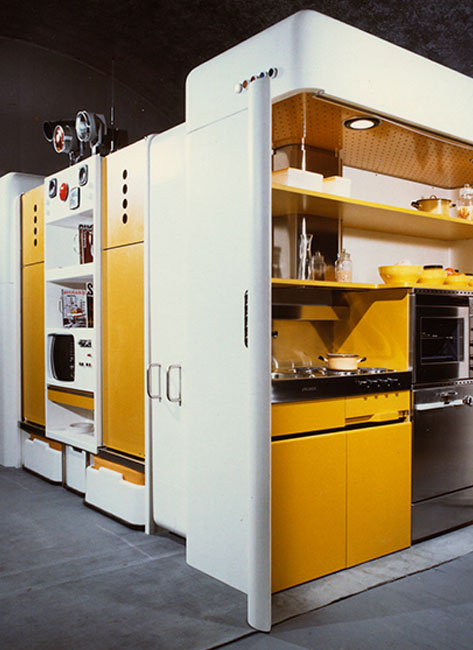